I am a warrior: Javed Sheikh

I am a warrior: Javed Sheikh 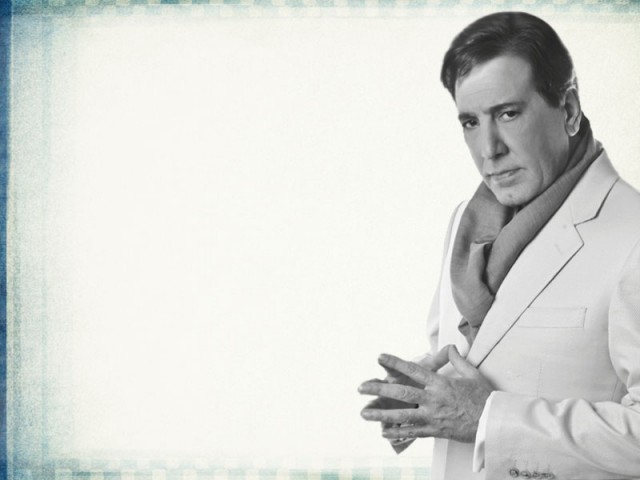 Actor-director Javed Sheikh’s unwavering presence in Lollywood shows that he consistently remains a risk-taker. Despite the negativity that surrounds the Pakistani film industry, Sheikh remains loyal and hopeful. In an exclusive interview with The Express Tribune, he talks about the world of film-making, future projects and admits that he is a “compulsive gambler”.

“When I was younger, I always played the role of a hero [in my films],” admits Sheikh, adding that he had wanted diverse roles. “Now that I’m much older, I’m actually quite lucky because I am being offered such varying roles.”

Sheikh is currently appearing in several television dramas but his work in cinema and film continues to expand in Pakistan and on the other side of the border. In Pakistan, Sheikh will be featuring in three films; Faisal Bukhari’s Sultanat, Humayun Saeed’s Boom Boom and the Pakistani film Nach.

Sultanat is an action-filled film made on film producer Aslam Bhatti, in which Sheikh will play the villainous role of his evil business partner. “There will be a lot of action and drama — heavy investments are being injected in this film’s production,” he says. In Boom Boom, on the other hand, Sheikh will be seen as a coach of a local cricket team.

In India, Sheikh has several roles lined up; he will act in Love Kiya Aur Lag Gayi which is directed by Rahat Kazmi and then another yet untitled project that will be directed by Dilip Ghosh.

He sees the growing collaboration between the two countries as a positive step. “Bollywood improved its films [with help from] the west,” he says. “For quite some time, our [Pakistani] industry was not standing on its own, but the collaboration between India and Pakistan is important — we will bring many of these advancements back to Pakistan,” he says. He feels that improving relations has meant that there are plans to do co-productions once visa restrictions relax and trade agreements kick in.  The technology has continued to improve in Pakistan, he feels and says that the only thing missing is the laboratory.

“There is a change taking place,” he says. “In the past, the general mindset was that the educated, more developed part of the world would never appreciate the efforts being made by this industry.” He believes this attitude has changed and is confident that Pakistani movies will gain recognition globally. He says with pride that Pakistani TV dramas are light years ahead of Indian series, and that the drama industry — which is closely connected to the television industry — represents a launching pad.

In the director’s chair

“I think I am a compulsive gambler, and whenever I gamble [take a risk], something has come out of it,” he says confidently, referring to his box office hits Muskhil and Chief Saab from the ‘90s. “I enjoy making films — I may not have constructed a house, but this is something I am passionate about.”

However, his career in film-making has not only been about producing hits but facing slumps in the box office as well. His film Yeh Dil Aap Ka Huwa (2002) was a massive hit but the following production, Khulay Aasman Kay Neechay (2008) — which was hyped as one of the most expensive films in Lollywood — didn’t do too well. But despite the lows, it is inspiring to see the optimism and fearlessness in an actor like Javed Sheikh, who has an elegant hopefulness about him.

“It has never discouraged me — I am a warrior,” says Sheikh. “A bad day at the box office won’t make me change my mind or discourage me from producing films.”