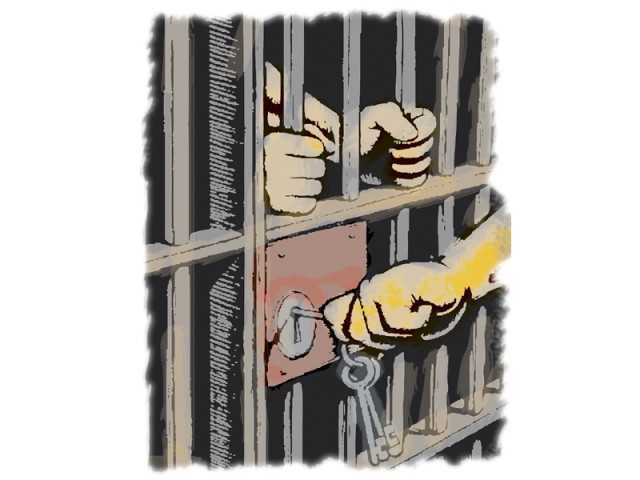 K-P jails house some of the most notorious prisoners, including alleged CIA informant Dr Shakil Afridi, Chief of the Tehreek-e-Nifaz-e-Shariat Muhammadi Sufi Muhammad, members of the TTP and as well as activists of other banned organisations. PHOTO: FILE

The Khyber-Pakhtunkhwa (KP) government has decided to house all high-profile prisoners in the province, including militants, under the same roof.

The decision was taken in a meeting held on Thursday at the home department, a press statement issued by the home and tribal affairs department said.  The jail will be established in District Swabi.

The department’s Section Officer (Media) Qamar Ali told The Express Tribune that the idea emerged after the Bannu jailbreak when high-profile militants, including Adnan Rashid, were set free from the jail in a Taliban raid.

K-P jails house some of the most notorious prisoners, including alleged CIA informant Dr Shakil Afridi, Chief of the Tehreek-e-Nifaz-e-Shariat Muhammadi Sufi Muhammad, members of the Tehreek-e-Taliban Pakistan and Lashkar-e-Islam and as well as activists of other banned organisations.

Last year, two militants managed to escape when they were being driven for dental treatment.

Majority of these prisoners were arrested during the Swat operation and in operations against militants in both tribal and settled areas.

“There are a number of other high-profile militants imprisoned in different K-P jails and the department has now decided to house all these prisoners including militants, at one location”, he said adding even those, sentenced under Section 302 of Pakistan Penal Code will not be jailed there.

Ali said the jail will not be keeping prisoners from other provinces as Khyber-Pakhtunkhwa has already been housing countless number of prisoners arrested by security forces.

“Look, if others provinces refuse to keep Dr Shakil Afridi at their prisons, then there is no need for us to take a risk and house their high-profile militants. It is a risky job and we don’t want to take more risks,” Ali said.

The home department’s section officer (development) accompanied by other officials concerned have already visited District Jail Swabi to finalise the location. The jail will cost around Rs600 million, which has been allocated from the annual development fund 2012-13.