PTI does promis­e someth­ing for its youthf­ul consti­tuency. For the rest, there will be BISP under anothe­r name.
By Dr Pervez Tahir
Published: August 31, 2012
Tweet Email 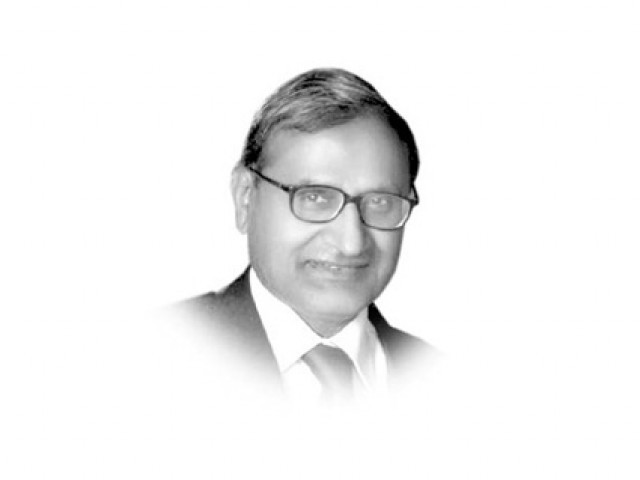 The economic policy document released by the PTI does not measure up to the promised change. It reminds me of what economist Clark Kerr famously said: “The status quo is the only solution that cannot be vetoed”. A concrete set of actions is required to change it. The document naively assumes that a strong, personally-clean leadership can make the status quo work. Instead of converting its slogans of justice, humanity and self-esteem into actionable agenda for social change, it has worked out five-year projections for an optimistic scenario. If the Federal Board of Revenue (FBR) can add five percentage points in tax-to-GDP ratio, if the wasteful expenditure of the government and losses of public-sector enterprises can each be reduced by two percentage points, if the resulting nine percentage points of GDP can be spent on the social sector and if total investment can be doubled in a matter of five years to deliver a GDP growth of seven per cent per annum to generate 10 million jobs, we are almost there.

No tsunami is deemed necessary for this revolution to take off. To mobilise revenue, the FBR is to be made autonomous like the State Bank of Pakistan, although the document admits that the State Bank itself has to be made autonomous! Actually, many of the public sector enterprises are autonomous and yet, inefficient. Autonomy given to the present ‘revenuecracy’ will also make the FBR something of a loss-making entity, no matter how much more is spent on information technology. The tax structure remains the same except for the return of a form of wealth tax, which would be adjustable against income tax and a questionable proxy for agricultural income tax. When the going is good by the third year, the sales and corporate tax rates will be reduced. Reducing current expenditure by two percentage points of GDP is not possible without massive lay-offs or salary cuts. Controlling white collar corruption is a laudable objective but it cannot be a serious revenue measure. Declaring educational emergency has been given a new meaning by making higher education its focus. Growth projections are based on a dubious capital-to-output ratio. Job creation is based on unobserved employment elasticity.

The idea of justice is lost somewhere. Not a word has been said about feudalism, unless it is presumed that the strengthening of the capitalist class will ring the death knell for the feudal system. A surrogate agricultural income tax and the resurrection of the unimplemented village councils of General (retd) Pervez Musharraf’s devolution plan cannot even scratch its surface. Inequality results from a skewed ownership of assets. The most direct measure to reduce inequality is to redistribute assets. Towards this end, rural and urban populations are on different planes. In rural areas, land is the main asset. Give people land and they will take care of themselves. A beginning could be made by distributing state land. This would require vacating its occupation by influential landlords, bureaucracy and military. In the second phase, the 1977 land reform could have been implemented in letter and in spirit. But a Shariat Court verdict stands in the way. Is this the reason to avoid the ‘F’ (for feudalism)? In urban areas, there are no physical assets to distribute. The focus ought to be on social assets. These include education, health and skill formation, backed up by credit and knowledge dissemination. The PTI does promise something here for its youthful constituency. For the rest, there will be the Benazir Income Support Programme under another name.

To write or not to write…