It is hoped that no prefer­ential treatm­ent will be given to Dr Arsala­n becaus­e of who he may be relate­d to.
By Editorial
Published: August 30, 2012
Tweet Email 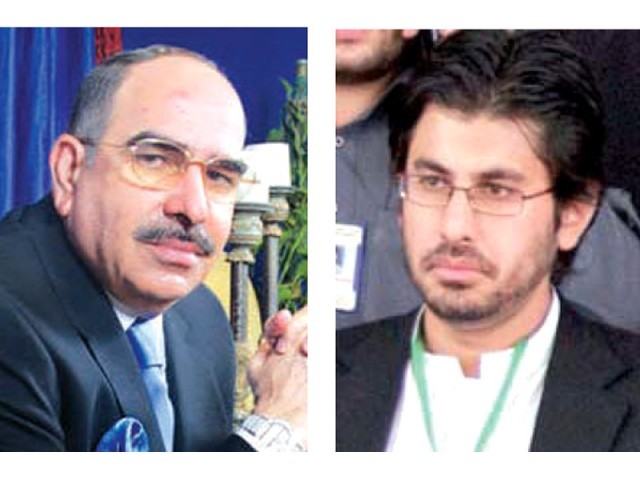 It is hoped that no preferential treatment will be given to Dr Arsalan because of who he may be related to. PHOTO: FILE

As a result of its verdict in the Arsalan Iftikhar-Malik Riaz case, on the directives of the Supreme Court, a one-man commission has been formed to probe the corruption allegations levelled against Dr Arsalan, after taking away the case in question from the National Accountability Bureau (NAB). The Court ruled that it was not satisfied with NAB’s inquiry into the matter. After allegations were levelled against the chief justice’s son by business tycoon Malik Riaz, the chief justice had stepped down from the bench hearing the suo-motu notice over Dr Arsalan’s alleged corruption, so as to avoid a possible situation of conflict of interest. There are implications of the Court’s setting up of a commission to investigate the allegations against Arsalan Iftikhar by Malik Riaz. With due respect, the first is that the perception, even if that is not in fact the case, being given is that the son of the chief justice is being afforded special treatment. How many other litigants are treated in this manner and wouldn’t this particular case give rise to a situation where those involved in other but similar cases could expect such a concession? Furthermore, the fact that the bench expressed disapproval of NAB’s investigations and directed that a commission be set up, indicates quite clearly that it is dictating the investigation of the allegations, despite there being a clear conflict of interest, since the main accused happens to be the chief justice’s son.

If the Court was not satisfied with NAB’s investigation in Dr Arsalan’s case, it could have asked it to work more diligently instead of taking the case away from it altogether, or it could have asked the government to hand it to another investigating body. The argument here could also be that what of those others whose cases pertaining to allegations of corruption or impropriety are pending before a superior court. Can they also expect to be afforded such treatment? The judiciary’s task is not to investigate cases itself, unless in the most pressing of circumstances where the public interest is served and when no situation pertaining to a conflict of interest exists. All institutions have to perform their duties within their requisite mandate. It is hoped that justice will be served in Dr Arsalan’s case and no preferential treatment will be given to him because of who he may be related to.

State of the arts