Sindh govt urged to step up efforts in drought-hit Thar

Sindh govt urged to step up efforts in drought-hit Thar 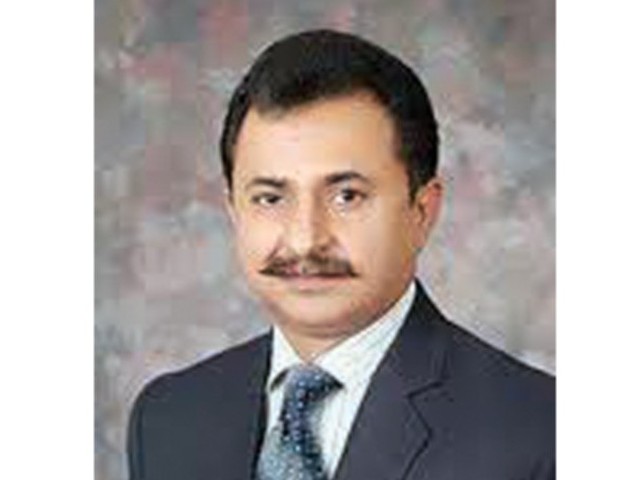 Haleem Adil Sheikh says district has not endured such weather conditions since 1999.

KARACHI: The adviser to the chief minister on relief, Haleem Adil Sheikh, has said that though the government has declared 161 out of Tharparkar’s 165 dehs as drought-hit, it has not yet released funds for relief.

On August 19, Sindh Information Minister Sharjeel Inam Memon had announced that 95 per cent of the district was drought-hit. Following the announcement, the government was expected to take swift action and provide subsidised food to the people.

“The provincial government, NDMA and donor organisations should come forward – it is time for them to play their roles,” Sheikh told The Express Tribune, adding that responsibility for reaching out to the affected people lies not only with the government, but with the entire nation.

He noted that though the government had made a contingency plan to combat possible floods, it quickly adapted to the situation and has taken measures to alleviate the suffering caused by the drought. “We have already identified suitable places to set up relief camps with medical facilities for people migrating from Nagarparkar and the district’s other talukas.”

He said that a system to monitor the migration caused by the drought will also be set up. “Letters have been written to the National Disaster Management Authority and the Provincial Disaster Management Authority to enhance coordination among local and international humanitarian organisations,” he added. “We will not abandon our people when they are in dire need of our help.” The minister said that wheat will be sold to the victims at half its cost, adding that 5kg and 10kg bags of fodder will also be supplied for livestock. Whenever a drought hits, around 30 per cent of the people migrate from Tharparkar to other areas and do not return until the next monsoon arrives. They usually go to adjacent areas, including Badin, Sanghar, Umerkot and Hyderabad. But since these areas are also experiencing similar conditions, they will have to travel further.

Sheikh said that relief camps would be established from Tuesday on all major routes used by the migrating people. “Unlike the floods where the people were asked to move by the government, the drought is causing people to evacuate the affected areas on their own,” he added.

He said that the affected parts of the district had around 1,895 villages with a population of 1.5 million. “The people of Tharparkar will need the government’s help till the next monsoon. They are hoping that downpours in the first week of September will help them, but the season for cultivating crop has already passed,” said Sheikh.  “The government must not only tackle the issue of food shortage but make sure that the people are provided education and healthcare.”

Tharparkar has been declared drought-hit 12 times since 1968, including four times over the past decade. But Shaikh claimed that such a bad drought had not hit the district since 1999.

Prison officials lament the state of jails in meeting with minister