Explosion outside Gulberg hospital was bungled bomb by extortionists

Explosion outside Gulberg hospital was bungled bomb by extortionists 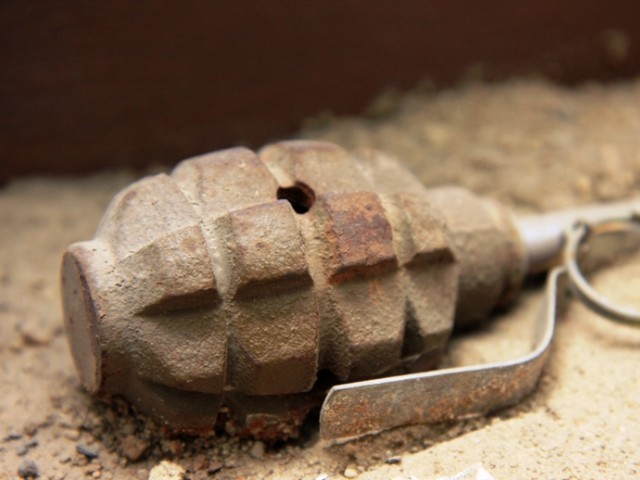 Initially investigators believed that the explosion was caused when a hand grenade was lobbed at a car parked close to the hospital. PHOTO: FILE

An explosion outside a private hospital at Gulberg Chowrangi on August 8 was a mishandled bomb and not a grenade attack as previously feared.

Initially investigators believed that the explosion was caused when a hand grenade was lobbed at a car parked close to the hospital, injuring its passengers Salman Baloch and Rizwan Baloch.

But then traces of detonator chord found on Rizwan’s fingers gave the two men away, said a senior officer, quoting from the inquiry report. The men had placed the explosives in the car’s dashboard.

Salman and Rizwan are actually extortionists who were planning to attack the hospital in revenge for registering an FIR. “The negotiations had been going on for many days,” said a staffer at the hospital, who did not want to be named. “But the day we registered the FIR, they tried to attack us.” The hospital official said they had demanded Rs5 million.

Salman and Rizwan were rushed to Abbasi Shaheed Hospital but Salman escaped with outside help. The police suspect the involvement of a man named Saleem Baloch, who is known as an alleged target killer with strong political affiliations.

District West DIG Akram Naeem Borkha confirmed the involvement of Saleem Baloch but neither confirmed nor denied his links with political parties. “Before catching Saleem Baloch we need to catch Salman Baloch. If we get our hands on either one, a lot of this will be cleared up,” he told The Express Tribune. “Yes, you could say that after this incident there was a significant drop in the extortion, which leads us to believe it was a big racket.”

A senior CID official said that the two men were former workers of the Pakistan Peoples Party and even had links with the Arshad Pappu group of Lyari gangsters but at present they were affiliated with another political party. That political party was contacted by this newspaper but they denied he had any links with them and instead said he was working for another party.

For its part, the PPP’s district Central leader Sohail Abidi told The Express Tribune that both suspects were not currently affiliated with the party but were former workers of the Peoples Student Federation. “They were PSF workers at one time,” he said. “But many years ago they left and joined another political party.”