Auqaf Minist­er lays ceremo­nial wreath on the tomb to inaugu­rate the urs.
By Our Correspondent
Published: August 25, 2012
Tweet Email 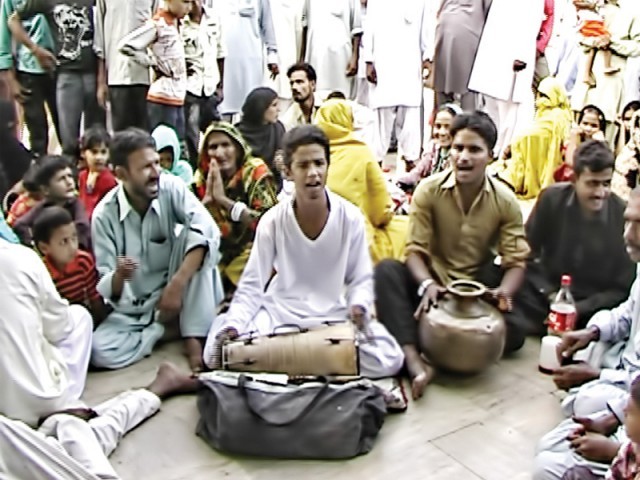 CELEBRATIONS: 255th urs of the Sufi poet Bulleh Shah started at his shrine in Kasur on Friday

KASUR: A mehfil-i-samma and a debating competition for school children will mark the second day of the urs of Sufi poet Baba Bulleh Shah on Saturday.

Qawwali groups from all over the country have arrived in Kasur to participate in the mehfil-i-samma that will start at the shrine after Isha prayers.

The debating competition will start at 10am.

Strict security arrangements have been made for devotees. Some visitors from other cities on Friday complained of a lack of accommodation for people from far-off places. They said in the past they had stayed at accommodation arranged by the Auqaf Department.

Auqaf Minister Ahsanuddin Qureshi said accommodation had not been arranged for anyone this year due to security concerns. He was talking to the media after laying a ceremonial wreath at the tomb. He, however, assured the devotees that the shrine complex would remain open for visitors all night. He said he had directed the district administration and the police to make arrangements for the purpose.

A tree in the courtyard next to Bulleh Shah’s tomb remained the centre of activity for women visitors to the shrine on Friday as many tied pieces of threads around its branches to pledge offerings if their prayers were answered.