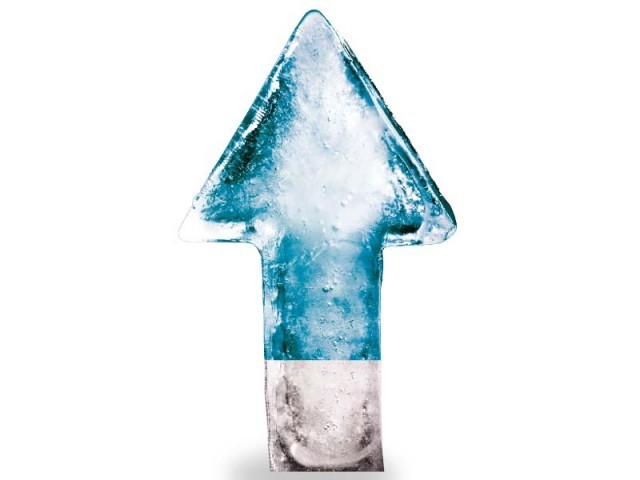 Gas will be expensive by 25% to 50% after short-term LNG import. DESIGN: MUHAMMAD SUHAIB

With the prospect of one billion cubic feet per day (bcfd) of gas shortage looming large in the upcoming winter, the Ministry of Petroleum and Natural Resources is working on a plan to introduce ‘winter tariff’ which will send prices up by 25% to 50% after gas utilities start supplying liquefied natural gas (LNG) through their system.

The plan was unveiled in a high-level meeting held at the Prime Minister’s House on Wednesday and chaired by Prime Minister Raja Pervez Ashraf, which reviewed the overall gas situation in the country.

“Representatives of the Ministry of Petroleum told the meeting that the country will be facing a shortage of 1bcfd of gas in upcoming winter season and LNG import under a short-term plan is the only option available to bridge this shortfall,” a senior official of the ministry told The Express Tribune.

“Sui Southern Gas Company’s Progas terminal can be used to handle LNG imports which can be made as early as December this year under the short-term plan,” he quoted the ministry officials as saying.

According to the official, the expensive gas will also reduce wastage and encourage conservation of gas.

Following LNG imports, there are plans to charge the natural gas consumers a weighted average price by including LNG prices in natural gas prices. This would lead to an increase of 25% in gas tariff in case 500 million cubic feet per day (mmcfd) of LNG was injected into the system, the prime minister was told in the meeting. In case of import of 1bcfd, the gas prices will go up by 50%.

Another participant of the meeting pointed out that the industries of Punjab faced the worst gas shortage in the previous winter and therefore LNG import was an immediate short-term solution to tackle the problem. In this regard, he said, the government was also negotiating with India to reach a deal on LNG supply.

In the face of gas shortage, the fertiliser plants in Punjab were closed, forcing the government to import urea to meet the requirements of farmers. Some independent power plants (IPPs) were also operating on diesel, instead of gas, and producing expensive electricity.

The reasons cited for the acute gas shortage in winters were increased consumption by residences, depletion of existing reserves and no addition of gas from existing and new sources.

A proposal to enhance load-shedding for compressed natural gas (CNG) stations was also floated in the meeting. It also discussed a plan to shut down 15-year-old CNG stations, but no decision was taken, said a meeting participant.

The prime minister decided to constitute a committee to come up with a solution to the crisis. It will be headed by Finance Minister Dr Abdul Hafeez Shaikh and include Information and Broadcasting Minister Qamar Zaman Kaira and Adviser to Prime Minister on Petroleum Dr Asim Hussain. The private sector will also be represented by relevant stakeholders.