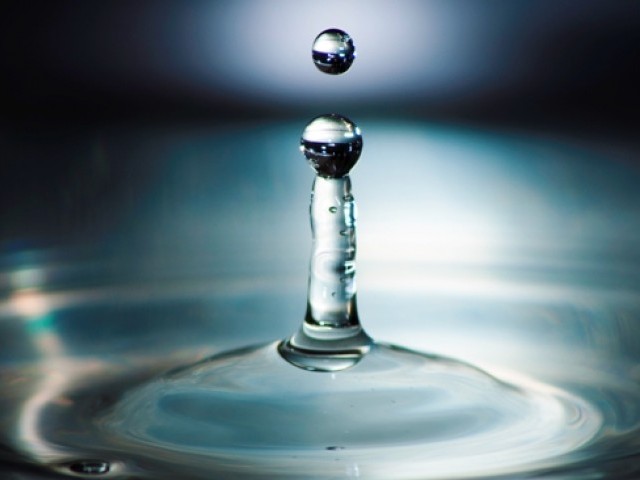 The Greater Karachi Water Supply Scheme or K-IV will cost Rs29 billion to pump to the city an additional supply of 260 million gallons per day (mgd) from the Indus River.

KARACHI: To belabour a pun, Islamabad had pretty much pulled the plug on Karachi’s new water supply project until the president stepped in. On Wednesday it was back on track as the Central Development Working Party, the highest government body to take decisions on important projects, approved the K-IV project in its meeting held in Islamabad.

The Greater Karachi Water Supply Scheme or K-IV will cost Rs29 billion to pump to the city an additional supply of 260 million gallons per day (mgd) from the Indus River.

The federal government had initially refused to finance the project, citing lack of funds. The bureaucrats sitting in the capital were of the view that since provincial autonomy had been granted after the 18th amendment, Sindh should fix its own water woes. Karachi wrung its hands in despair as it doesn’t even have enough money to pay garbage collectors.

But now, upon the intervention of President Asif Ali Zardari, the federal government has agreed to foot 33% of the bill in the first phase. The remaining funds will be arranged by the provincial and district governments. The project is expected to take four years.

The K-IV project has constantly hit snags since it was conceived in 2006 by then Karachi nazim Mustafa Kamal given the severe water shortage in Karachi. The city needs 1,000 mgd but the Karachi Water and Sewerage Board only provides around 600 mgd. Leaks and water theft are the biggest drains on the system.

“We are really thankful to all those who have taken this initiative to get the project approved,” said Muttahida Qaumi Movement legislator Khalid Ahmed, a staunch supporter of the project, who always raised it during the Sindh Assembly session.

He added that the party would demand the federal government increase its share to 50% because the Karachi Metropolitan Corporation (KMC) cannot afford it.

The Indus River System Authority (Irsa), which regulates the distribution of water in the country, had earlier refused to release the water for the project, but the Sindh irrigation department assured it would shoulder the share.

The water will be taken out from the Indus River and deposited in Keenjhar Lake. Then it would be released through the Gujjo canal to Karachi.

According to the project’s feasibility, 650 mgd will be released from the Indus to Karachi, but in the first phase, only 260 mgd will be provided.

In another major development, the Executive Committee of National Economic Council (Ecnec) is likely to approve the Karachi Circular Railway project at its meeting to be held today (Thursday) in Islamabad.

The meeting will be presided over by Federal Finance Minister Abdul Hafeez Shaikh and attended by the chief secretaries and other officials from all provinces. PPP MPA Hasnain Mirza, the newly appointed member of Ecnec from Sindh, will represent the Sindh government along with senior bureaucrats of the province.

Official sources told The Express Tribune that Ecnec will take up the mega projects relating to energy, transpiration, water, industry and housing etc.

Around 14 schemes are from Sindh.

Other projects likely to be taken up at the meeting include connecting the Thar coal power transmission to national grid, the construction of Darawat Dam and Nai Gaaj Dam in Dadu district. These schemes were also presented in the last Ecnec meeting, but the government was asked to wait till next meeting.