Extortion: Taliban also getting a piece of the Karachi pie, meeting told

Extortion: Taliban also getting a piece of the Karachi pie, meeting told 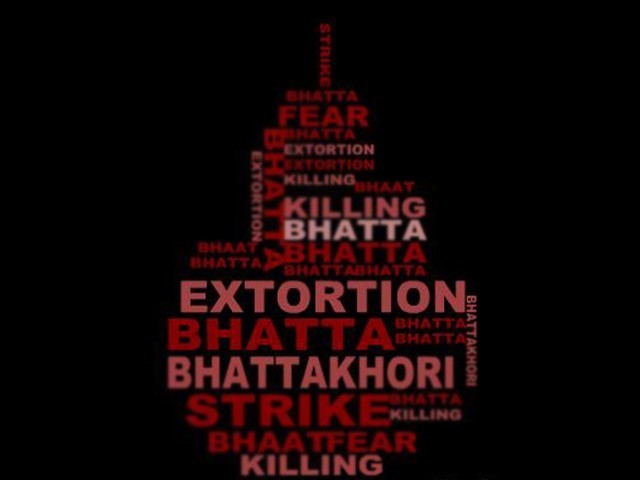 KARACHI: As a dud grenade was found at the gates of a Karachi businessman on Monday after he failed to give into the demands of extortionists, a high level meeting to tackle the increasingly disturbing trend was called at the Chief Minister House.

There, the Sindh Chief Minister Syed Qaim Ali Shah and federal Minster for Interior Rehman Malik were told that among those extorting businessmen in Karachi were militants, especially the Taliban.

Inspector General Police and officials of intelligence agencies briefed the meeting about the law and order situation and that the provincial police was not equipped to even trace the phone calls made by extortionists.

While this prompted the centre to make available Call Detail Record (CDR) from PTCL to the IG Police, the meeting came to a conclusion that concerted collective action and cooperation between the law enforcing forces, intelligence agencies and the general public was necessary to improve the situation.

It was decided that patrolling will be extended in various areas of Karachi and also on highways together with prompt vigilance and early action against criminals, extortionists and kidnappers.

Malik believed that the objective of such criminal activities was to destabilise Karachi, before issuing a warning to target killers, extortionists and their behind-the-scene masters to end their activities and surrender before government or face action.

The meeting was appraised of the gains made by law enforcement agencies, detailing that a large number of criminals have been arrested by Police and Rangers. In all 133-extortion money collectors have been arrested so far while further action is under way. By way of losses, the meeting heard of the deaths of 55 police and Rangers in their bid to restore peace in the city.

Police and Rangers were directed to exercise a zero tolerance policy when combating dens of criminals and the Taliban. It was also decided to enhance security of foreign workers.

The meeting appreciated the efforts of Rangers and police observing a rare lull in target killings in the 48 hours leading up to the meeting.