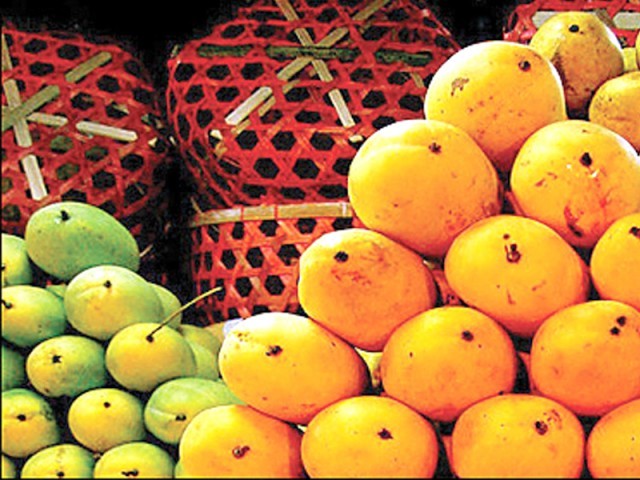 KARACHI: Pakistani exporters are abandoning much-publicised mango exports to the United States after just a year because American requirements made profit margins too narrow, members of the industry said Monday.

In 2011, Pakistani growers exported five tons of the country’s signature fruit to the United States and had hoped for a higher yield this year.

But if exports grind to a halt, it could prove embarrassing for efforts dubbed “mango diplomacy” in 2010 when US Secretary of State Hillary Clinton offered to help Pakistan export the fruit in a bid to ease anti-Americanism.

The US embassy was unavailable for comment, but announced in January that US support had helped select mango growers increase regional exports by more than 60 percent and revenue by more than $4 million over the past year.

Pakistani officials confirmed the assistance, but said sending mangoes to the United States was not cost effective.

“Pakistan cannot export mangoes to the United States this season because of certain restrictions, which the growers feel makes the business unprofitable,” Kashif Niazi, an official at the commerce ministry, told AFP.

An official at the Trade Development Authority of Pakistan, which regulates exports, said producers had been annoyed by compulsory US irradiation in Chicago that ate into their profits.

Although Pakistan has its own irradiation plant, it has not been approved by the United States. Transporting the mangoes to the United States has been another expense and complication, the Pakistanis added.

Asif Iqbal, a mango grower in Sargodha district of Punjab province, told AFP that unless the irradiation issue was resolved and more US markets found “it will never be profitable for us to do business with America”.

A Pakistani official speaking to AFP on condition of anonymity confirmed that US aid had helped modernise mango production and improve exports, particularly to the Gulf.