Says he will decide about appear­ing before the court after consul­tation with the lawyer­s and party leader­s.
By Web Desk
Published: July 26, 2012
Tweet Email 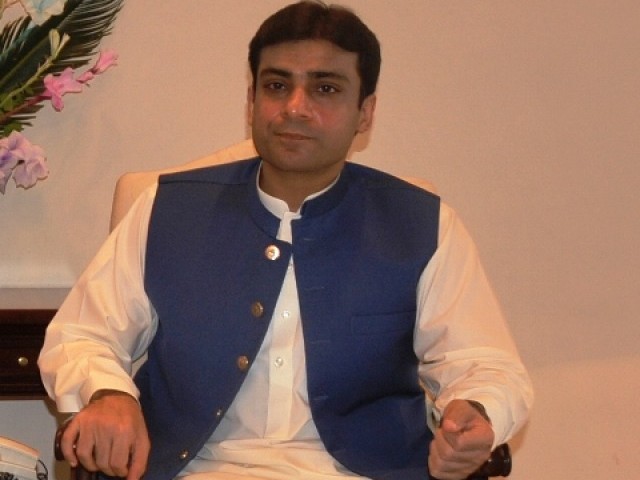 Hamza says he will decide about appearing before the court after consultation with the lawyers and party leaders. PHOTO: QAZI USMAN/EXPRESS/FILE

Speaking to a press conference after receiving summons for himself and his father Punjab Chief Minister Shahbaz Sharif, Hamza said he will decide about appearing before the court after consulting his lawyers and party leaders.

Accountability court judge Abdul Haq has issued notices to the Punjab CM and his son in the Hudaibia Paper Mills case. The court has asked Hamza to appear before the court on July 28.

Hamza said that no corruption charges were proved against him during Pervez Musharraf’s government and Zardari would also fail to do so.

On May 17, the National Accountability Bureau (NAB) had formally announced that inquiries against Nawaz Sharif and Shahbaz would be reopened in accordance with Zardari’s orders for scrutinising all politicians.

The references against the Sharif family pertains to the Hudaibia Paper Mills, Ittefaq Foundry and assets beyond means.

The accused in the Hudaibia case – Nawaz, Shahbaz, Abbas Sharif, Hussain Nawaz, Hamza, Haroon Pasha and Senator Ishaq Dar – are accused of securing a huge loans in the mills’ name and using the amount for other than stated purpose.

In the Ittefaq case, Nawaz and Abbas along with Mukhtar Hassan, Kamal Qureshi and two others, are accused of abusing hefty loans.

In the third reference, the Sharif family is accused of accumulating assets beyond their declared means of income by allegedly misusing their authority.