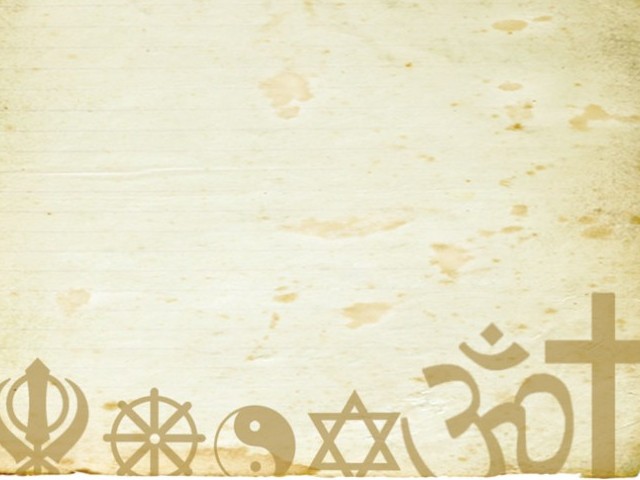 While urging national cohesion, Justice (retd) Rana Bhagwandas, a former senior-most judge of the Supreme Court, called for a resolution to the decades-long controversy surrounding the electoral system for minorities.

He also stated that the Constitution deemed minorities in the country “less preferred citizens”.

In his keynote speech at a seminar entitled, “Electoral system with reference to non-Muslims of Pakistan,” the revered jurist gave a historical and legal perspective on the electoral system for non-Muslim lawmakers.

Ever since Pakistan came into being, the issue of an electoral system for non-Muslims never got settled. However, with the general elections approaching, the issue has once again hit the limelight.

According to the 1998 population census, Muslims constitute 96.28%, while non-Muslims make up 3.72%, of the total population of Pakistan.

Yet, according to Justice Bhagwandas’ calculations, the representation of non-Muslims in the national assembly is 2.92% – a total of 10 seats in the 342-member-strong lower house of parliament.

In his suggestions for electoral reforms, he said minorities may be allowed to exercise their right of franchise in favour of their candidates against general seats as well as the seats reserved for their respective communities.

He said in a separate electorate system, for the convenience of candidates contesting against a minority seat, the whole of Pakistan may be divided according to the number of seats reserved for one community and each part be declared as one constituency.

He also emphasised enhancing non-Muslim seats in accordance with their proportion of population.

In his speech, the former Supreme Court Judge, who is now chairman federal public service commission – a body which supervises the process of recruitments in the government departments – also pointed out contradictions in the Constitution.

“Article 25 of the Constitution of the Islamic Republic of Pakistan speaks about the equality of all citizens, whereas article 36 provides for the promotion and protection of right and interests of minorities, including their due representation in the legislature. However, under article 41 (2) and 3rd schedule to the Constitution, minority groups are not allowed to hold certain public offices such as the president and the prime minister, which is a manifestation of discrimination,” he said.

Talking about the Hindu community – the largest non-Muslim community in the country to which Justice Bhaghwandas also belongs – he said legally they enjoy equal rights; however, there is a general perception in the community that they are imperceptibly treated as second class citizens.

“There is no official policy in the public sector that minorities may be discriminated against but at times disparities get identified which ought to be addressed so as to promote national cohesion,” remarked the former senior judge.

Dr Bhatti said there should not be any sort of quota system or separate seats in parliament on the basis of faith and creed.

All Pakistanis should have equal rights and be elected as members of the assemblies and senate by the general public on the basis of one’s patriotism and services for the nation, he added.