Faqir Hussai­n says no invest­igatio­n team could summon him as he was a grade-22 offici­al.
By Our Correspondent
Published: July 26, 2012
Tweet Email 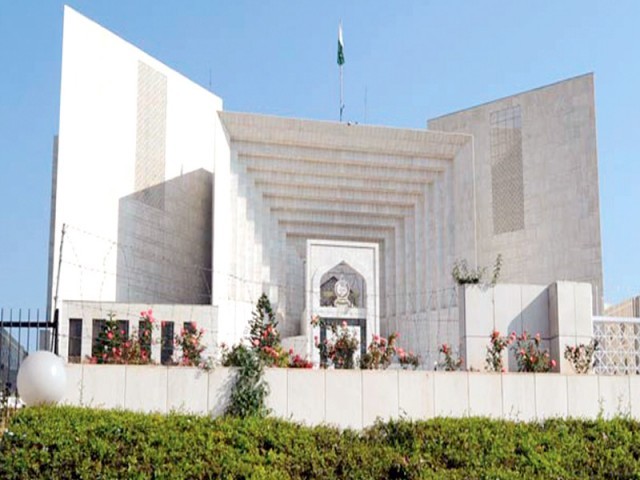 Faqir Hussain says no investigation team could summon him as he was a grade-22 official. PHOTO: FILE

The National Accountability Bureau (NAB) issued a fresh notice to the Registrar of the Supreme Court on Wednesday after he refused to appear before a team probing a graft case against the son of Chief Justice Iftikhar Muhammad Chaudhry.

It was the second notice served on Supreme Court Registrar Dr Faqir Hussain in less than a week. NAB has now summoned Hussain on Friday before the Joint Investigation Team (JIT) in connection with the Arsalan Iftikhar-Malik Riaz case.

According to a NAB statement, Faqir Hussain was supposed to make an appearance on Wednesday but he refused, taking a plea that no investigation team could summon him as he was a grade-22 official, the highest rank in bureaucracy.

When asked whether he actually sought immunity from appearance before the team, Hussain himself refused to comment on communication that took place between him and NAB, arguing it was private correspondence and he did not want to disclose it.

“I tell you I won’t say a word,” he told The Express Tribune on the phone.

Interestingly, it was not the first time Hussain had declined to face committees of other state institutions. A month ago, Hussain’s refusal to appear before the Public Accounts Committee (PAC) — a parliamentary watchdog — triggered a controversy, further embittering relations between the government and the Supreme Court.

A five-member JIT, comprising the NAB, the Federal Investigation Agency (FIA) and the Islamabad police met here to consider the future line of action in the Arsalan-Riaz case.

“The JIT also considered a report received from Punjab police wherein it had been informed that Arsalan Iftikhar refused to receive the notice issued by NAB,” the statement issued by NAB said.

Arsalan had earlier refused to appear before the JIT, saying that he never received a summons. He is also expected to be a no-show today.  However, the JIT is expected to continue its proceedings on Thursday.

An official told The Express Tribune that certain JIT members had also proposed the issuance of arrest warrants against Arsalan Iftikhar in case he failed to comply with the fresh notice, but a majority called for restraint, at least for now.

“The JIT agreed to provide reasonable opportunity to all persons for personal appearance before taking any action to ensure compliance of section 19 notices,” the statement said.

The investigation team is probing allegations by real estate tycoon Malik Riaz, who has claimed to have paid Rs342 million to Arsalan for settlement of his case being tried in the Supreme Court.