Bao’s expedi­tion is a modern-day tale, one not commis­sioned by the Crown of Spain, but one with simila­r ambiti­ons.
By Taha Siddiqui
Published: July 25, 2012
Tweet Email 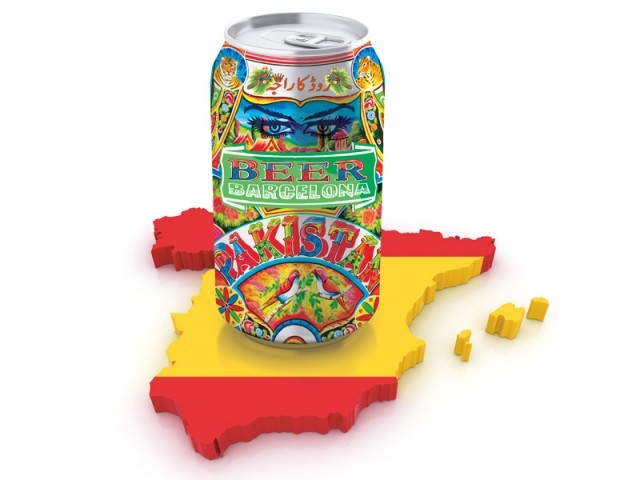 Bao’s expedition is a modern-day tale, one not commissioned by the Crown of Spain, but one with similar ambitions.

Crammed in like cattle, Bao crossed several borders to reach his final destination.

“We were stuffed in containers like sheep in barns,” said Bao, a name he acquired once he reached the alpha city of Barcelona.

“I didn’t know if I would make it alive. My agent would say InshAllah every time I asked him when my journey would end,” said Bao , who refused to share his birth name.

Half a million rupees and six weeks later, Bao finally reached the shores of the historical port city, where the 15th century explorer Christopher Columbus had once returned from a journey of triumph, with  illustrations of his discovery of a new world.

But Bao’s expedition is a modern-day tale, not one commissioned by the Crown of Spain, but one with similar ambitions. Hailing from Sialkot, Bao travelled through Iran, Turkey, Greece, Italy, and France before he crossed into Spain. He has been living in Barcelona for four years now, making ends meet as a beer vendor on the streets of the city that never sleeps.

In Barcelona, Bao’s business flourishes after midnight when people begin congregating around public squares around the city, known as Plaça’s in Spanish. The squares, which get rather busy in after hours, are packed with residents and tourists drinking, dancing and enjoying live music, till the party is broken up by the police around 3am.

This is where Bao makes a living. Similar to Pakistan’s very own street traders aka beggars, Bao is a hustler. He sells beer for a euro at these squares in times when even the average European has learnt how to spell austerity.

Fluent enough to sell his alcoholic beverage, Bao has no shame in asking twice, or thrice. Persistence, in this case, pays off as beer at the local bars is usually sold for 2.5 euros. Bao and other South Asian immigrants, who discovered this ingenious way to make ends meet, have divided such public squares across Barcelona amongst themselves.

Just a block away from Bao’s Plaça, Indians handle a bustling crowd at another square.

“We coordinate with each other and do not sell at each other’s square. We even warn them when the police are on the hunt, and they do the same,” said an Indian beer vendor, requesting anonymity.

Using cell phones to coordinate and disperse when the police rush these spots, these beer men have slowly become accustomed to the ways of the Spanish police.

“We taught them corruption,” claimed another Pakistani beer seller, while Bao added that in the few cases where they are caught by the police, their money and beer is seized but they walk free.

Despite the hardships, these black-marketers claim to make enough money to live in Barcelona and even send some back home.

“I make around 100-200 euros a day. And send around fifty thousand rupees home every month,” Bao said as he hid a six-pack of beers beneath a loose tile.

Be that as it may, Bao isn’t an alcoholic. In fact he claims to have never had a drop of the lager he sells to make a living.

“I know alcohol is not allowed in Islam but I have no choice. I cannot find any work here, even though I have a residence permit now but the economic situation is poor,” said Bao, who married a local to get residency at the price of 5000 euros.

According to the Pakistani embassy in Spain, some 470,001 legal Pakistani residents live in Spain, with 33,000 living in the provincial region called Catalonia, where Barcelona is located.

“My neighborhood has many Pakistanis living. Some sell beers like Bao, others drive taxis and some own grocery stores,” said Jordi Torrel, who works at a local newspaper.

Torrel said the Pakistanis worked really hard to survive in the city.

“They even open their shops on Sundays,” he said, adding that such grocery stores have come to be known as ‘Al Paki’ as Pakistanis began the trend.

Bao, who has successfully assimilated in Barcelona, has still not forgotten his home. He plans to visit Pakistan in search of another wife, one from his own village. And even though there’s no saying as to whether his new wife will approve of his daily exploits at the Plaça, needless to say he will be there for many nights to come.