LSAs 2012: Winners, fashionistas and a little bit of drama

LSAs 2012: Winners, fashionistas and a little bit of drama

Touted as the Oscars of Pakist­an, the LSAs remain the only platfo­rm that celebr­ates and encour­ages talent.
By Our Correspondent
Published: July 12, 2012
Tweet Email 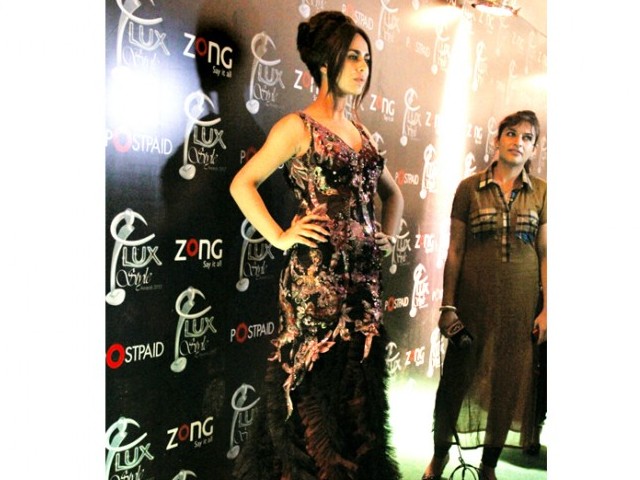 KARACHI: The results are out! As guests gossiped about nominees that lost out and applauded the winners that took home the award, it was heartening to see the industry’s camaraderie – however superficial and short-lived it may be. Touted as the Oscars of Pakistan, the LSAs remain the only platform that celebrates and encourages talent; with that very feel-good notion, the Lux Style Awards 2012 hosted the glitterati of Pakistan’s entertainment and fashion industry for a night of song and dance. It’s a pity that Bol’s Manzar Sehbai rejected his award — read on to find out exactly why!

The biggest shock of the evening was Adnan Malik winning the LSA for Best Music Video for “Mera Bichra Yaar”. How on earth did this cover song’s video manage to beat Aisha Linnea and Shahbaz Shighri’s “Paki Rambo” and above all, Jami’s “Bum Phatta”?

Despite all the ridicule, Meera is a great sport and she showed it at the LSAs by participating in the round of Antakshari initiated by Humaima Malik and Ahmed Ali Butt. The only glitch was that instead of starting with ‘r’, which was the syllable she had to begin with, she burst into a “La la la” and sang “Har Kisi Koh Nahin” with a big smile on her face.

Taking cue from the environment-friendly gesture of the IIFA award ceremony’s green carpet, after last year’s blue, the LSAs 2012 had a green carpet entrance at the Expo Center Tuesday evening. Celebrities posed for pictures, dressed mostly in formal dresses with gold, black and white as the dominant theme.

The performances were by far the most entertaining segment. A medley performed by a group of celebrities – including Ahmed Jahanzeb, Ahsan Khan, Mathira, Meera, Faisal Qureshi and Sana – paid tribute to Ahmed Rushdie classics like “Yeh Aada, Yeh Naz, Yeh Andaz Aap Ka”, “Socha Tha Pyar Na Kerain Gaay” to “Ko Ko Korina”. While all the stars danced with great enthusiasm, Mathira’s duck-pout and swiveling hips were something to remember.

The most electrifying performance was the tribute paid to the late Mehdi Hassan by Ali Zafar, for which he sang “Mujhay Tum Nazr Say Girah Tou Rahay Ho” – nothing could have been more soulful. Zafar later put on his dancing shoes with Humaima Malik and gave us an energetic performance to “Jhoom” and “Madhubala”.

Designers Ali Xeeshan, Akif Mehmood and Fahad Hussayn showed their collections on the ramp, but sadly failed to garner any appreciation. An awards ceremony is no place for a fashion show. And as far as the clothes are concerned, the less that we recall, the better.

“I feel that the LSA is as special to me as the Academy Award,” said Obaid-Chinoy during her acceptance speech. Looking fresh in a Saniya Maskatiya outfit, she was grateful that her work “was recognised  for the first time by a Pakistani forum”.

“In our society, we seldom celebrate peoples’ achievements,” Obaid-Chinoy told The Express Tribune. “We need to have a culture that supports such work,” she said.

MIA Manzar says no to LSA

Manzar Sehbai, winner of the LSA for Best Actor for Bol, was MIA on Tuesday evening. In his absence, cast member actor Mahira Khan received the award on his behalf.

When Twitter was abuzz the next day with news that Sehbai had rejected his LSA, we called him in Germany to find out what was really going on. Amidst expletives, the infuriated actor explained that he had not been invited by the organisers.

He explained that an official from the organisation’s travel management team had approached him for his e-mail address, but he did not receive an invitation. “No one contacted me,” he added angrily, explaining that after a few days, he informed the management that the invitation should be extended to his brother Sarmad Sehbai, since he could not make it on short notice. After this was communicated, Sehbai said he and his brother did not receive any call from the organisers.

“The award has absolutely nothing to do with Mahira Khan. I wanted my brother to receive it. It’s my award, they can’t just let anybody receive for me,” Sehbai said, clearly offended.

“If they (LSA) are giving an award to someone, the least they can do is invite them in a proper way,” he said. “What kind of unprofessional behaviour is this? I will take up this bloody issue with them. To hell with this award. I reject it!” he said, adding that this behaviour towards artists is “obnoxious and ridiculous”.

Fareshteh Aslam, the Brands and External Communications Manager at Unilever Pakistan was appalled at his statement. “This is news to me. It is a globally accepted norm that all nominees are invited,” she said, adding that she was not aware of his request to invite his brother. “We flew in 100 people from Lahore to attend this. It would have been a pleasure for us to invite Sarmad Sehbai to accept it,” she said, adding that Mahira Khan only accepted the award on his behalf because the presenters insisted that someone from the Bol team come to the podium.

Ready for a Ferrari experience?