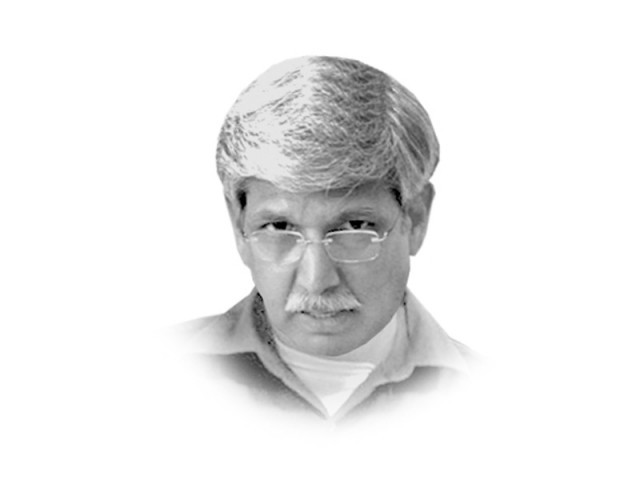 Maulvi Fazlullah was evicted from Swat in 2009 after a copybook operation by the Pakistan army. While thousands supporting the rebel cause were arrested, Fazlullah made good his escape to Fata where he was followed, eventually landing across the border in Afghanistan’s Nuristan and Kunar provinces. It is from here now that he pursues the Pakistan army with ruthless tactics of abducting soldiers on posts and patrol and slitting their throats to cause fear, a tactic first brought to the region by the Uzbeks headed by Tahir Yuldashev.

In 2009, when US President Barack Obama granted a frugal surge of 33,000 troops to General Stanley McChrystal against his much larger demand, the general chose to modify his mission. He vacated the distant outposts strung along the border regions and in the rural areas, preferring instead to defend major towns in force. This is when most adjoining regions of Fata on the Afghan side went outside the writ of the Afghan government and became a freeway for the movement of Taliban militants of all hues. These regions include the bordering provinces of Nuristan and Kunar where Fazlullah now reigns, and Paktia and Paktika from where Jalaluddin Haqqani conducts operations in Afghanistan. This move by McChrystal not only ceded critical space to the Taliban, it also rubbished any pretensions of an anvil-and-hammer strategy that was popularly propounded when the US and Pakistan resumed their operational focus on fighting the war in 2008.

The enemy in this war has changed face over time. What began as a war against al Qaeda soon had the Taliban in its cross hairs. And, while Mullah Omar was the declared head of the Taliban, he was never pursued with any intensity by the US. Instead, it is the Haqqanis who caught America’s fancy. Though they remain the most vilified, they have yet to be proscribed by the US. And while the US has engaged drone targets with abandon in Pakistani space, for most part, the Haqqanis have been spared attention. As things stand in this war today, al Qaeda, America’s original target, is neutralised; and the Taliban, America’s newer quarry, specifically in the shape of the Haqqanis, remain the most visible entity. The broader formulation of the Taliban are a loose group of Afghan and Pakistani affiliates who have coalesced around the Haqqanis and continue to offer resistance to Nato/Isaf when working in tandem. They also target the Pakistani state when acting independently based on their Pakistan-specific agenda. The Quetta Shura, as Mullah Omar’s group is called, has chosen to remain obscure even while its affiliates contest the presence of foreign forces on its behalf. The Haqqanis on the other hand have stuck to their part of the mission.

Money, too, has played its part. With al Qaeda, when funds were aplenty, groups mushroomed under its umbrella to act as its foot soldiers. When its influence waned and diffused to other regions in the larger Middle East, the Taliban became the paymasters for most small groups. While contributions did come from religious and individual charities around the world, the funding was liberally augmented by the drug trade, and by taxing the movement of men and material through the regions under Taliban control. This attracted smaller groups to the Taliban (read the Haqqanis) and added impetus to operations against foreign forces.

Three specific groups with Pakistani roots form this augmented force: the Tehreek-i-Taliban-Pakistan under Hakeemullah Mehsud, the Maulvi Fazlullah group, and splinters from at least three major sectarian/Kashmiri outfits. Two others, the Mangal Bagh group and the Tariq Afridi group are more local in influence but will offer their services to the Taliban in the wider franchise for a suitable quid pro quo.

There is little likelihood that any of these groups is driven by genuine ideological motivation. Instead, money has spawned their growth. To supplement their resources, these groups resort to frequent abductions for ransom, carjacking and other crimes, major or minor. Such criminality will be easier to handle when the garb of ideological underpinning is removed from under the umbrella below which these groups claim relevance in the local communities where they operate. The religious mantle that al Qaeda claimed, and Mullah Omar inherited, is now pinned on the Haqqanis, for they remain the most visible entity continuing their defiance of the international forces and are thus easier to characterise as the bearers of the ideological tradition that first spawned the Afghan effort against Nato/Isaf.  With the exit of the Haqqanis from Pakistan’s tribal areas the Pakistani state will have an easier qualification to pursue these groups as criminal outfits and not as insurgent groups which can engender a different reactive dynamic altogether.

Fazalullah’s forays against the Pakistani state are emblematic of the same approach. As the war approaches its end in Afghanistan, he hopes to establish his credentials by cowing the state into some accommodation. His objectives remain pretty obvious: relevance, power to influence and domination of the region of his influence, and thus the ability to tax the freedom of all who will live under his lien. While he pursues his own motives with the Pakistani state, unbeknown to him or perhaps in convenient cahoots, he paves the way for a more heinous agenda of those external elements that wish for Pakistan to remain in the muddle even as war winds down in rest of the region. If Pakistan neglects these developments it does so at its own risk and that is why it is imperative to stop Fazlullah from his deadly mission. The state’s full power must be brought to bear against him.

It is essential that the war must now cease and all foreign groups residing in Pakistan exit our regions. That remains our best chance to cleanse our tribal regions from convolutions that have evolved with time. Without untangling this complex web the treatment of the malaise will remain elusive.

Getting it right is important