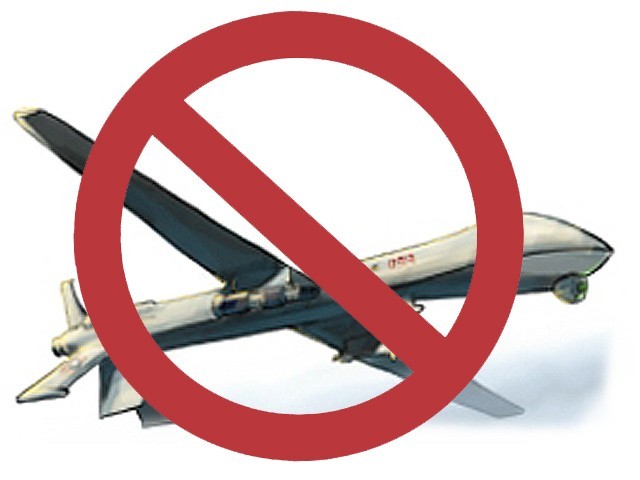 Pakistan and the United States are discussing a new mechanism that may lead to the cessation of the controversial drone campaign in tribal regions.

“The two sides have covered some ground towards finding alternatives to missile attacks by CIA’s remotely-piloted aircraft,” said a top government official, who is part of covert and overt talks with the US.

The official said the US has agreed to explore other options after Pakistan made it abundantly clear that drone strikes were unacceptable.

However, he did not give any timeframe nor would he say what alternatives the two estranged allies could exercise in the absence of drones, which the US believes are critical to eliminating high-value targets associated with al Qaeda and the Taliban.

In the past, Islamabad had suggested using F-16 fighter jets as an alternative to drones to take out wanted militants. But the US had reportedly shown little interest in the proposal.

Experts believe that given the election year in the US, the administration of US President Barack Obama is unlikely to take any drastic decision on the use of drones in the tribal areas.

The American reluctance is attributed to growing mistrust between the two allies. There is perception in Washington that Islamabad opposes the CIA campaign, not necessarily because of the issue of sovereignty and collateral damage, but due to the elimination of ‘pro-Pakistan’ militants.

But the Pakistani official sought to quash the impression saying that Islamabad considered al Qaeda as an existential threat.

“Had it not been the case, we would not have apprehended and killed hundreds of al Qaeda operatives,” he explained.

Asked about the Haqqani network, the official conceded that Pakistan’s security agencies maintained contacts with what the Americans call ‘the deadliest Afghan insurgents’ group’.

“This is an open secret. There are many countries which are not only in contact with the Haqqanis but held talks with them in the past,” he said.But he denied that Pakistan was using these contacts to mount attacks against the US-led coalition forces in Afghanistan.

“Our policy of seeking a non-military solution to the Afghan imbroglio is somehow being misconstrued in the US as if we are playing a double game,” the official pointed out.

Turning to the ongoing deadlock over the resumption of Nato supplies, the official said that significant progress had been made on a number of issues.

“We are moving in the right direction and are close to finalising a mechanism that will ensure no Salala-like incidents in the future,” he added.

However, he confirmed that the issue of apology was the main stumbling block in reopening vital land routes for foreign forces in Afghanistan.

Though, there is unanimity of views that Nato supply routes should be reopened, it will only be possible if Washington offers a public apology over last year’s cross border raid, the official maintained.

His statement was also endorsed separately by Defence Minister Syed Naveed Qamar, who told reporters on Friday that the government stuck to its demand for an apology.