Pakistan out of U22 football qualifiers

Pakistan out of U22 football qualifiers

Lose 2-0 to Kyrgyz­stan to seal their fate in Asian event.
By Our Correspondent
Published: June 30, 2012
Tweet Email 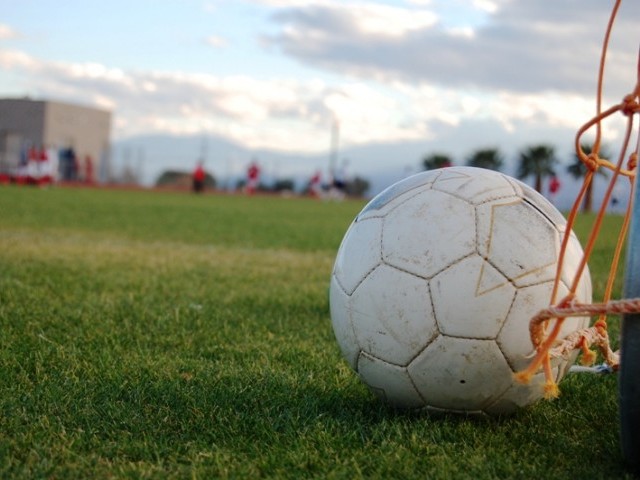 Pakistan are now fifth in the group with one point while Syria leads the table with nine points and Saudi Arabia follows them in second position.

Pakistan crashed out of the Asian Football Confederation (AFC) Under-22 Championship Qualifiers after losing their group B match against Kyrgyzstan 2-0.

After a dull first half, Pakistan conceded the opening goal in the 70th minute and the deficit was doubled in the 75th. Pakistan were unable to hit back and score, thus sealing their fate in the qualifiers.

The team had a dismal start to the campaign when they lost their opening match against Saudi Arabia 1-0 and could only manage a goal-less draw against Sri Lanka, a team they should have beaten according to the coach.

According to Pakistan Football Federation (PFF) Secretary Ahmed Yar Khan Lodhi, the team’s performance was disappointing and they should have prevailed in the must-win encounter against Kyrgyzstan.

“The team has improved but isn’t enough,” Lodhi told The Express Tribune.

“It’s disappointing because they didn’t play well against Sri Lanka and that was another match they should’ve won.

“Our Serbian coach Zavisa Milosavljevic told me that our team is very good and the sole reason for the defeat was the absence of our three main players. But I still feel that the performance was disappointing.”

Pakistan are now fifth in the group with one point while Syria leads the table with nine points and Saudi Arabia follows them in second position.