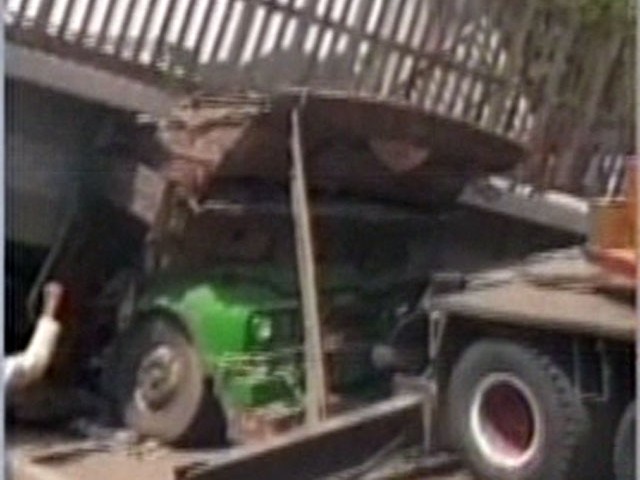 The pedestrian bridge had collapsed when a truck was passing under it. PHOTO: EXPRESS

LAHORE: One person was killed when a pedestrian bridge located on Ring Road in the Harbanspura area of Lahore collapsed on Thursday, Express News reported.

According to reports, the pedestrian bridge had collapsed when a truck was passing under it. The driver of the truck, identified as Rana Sajjad from Sargodha, passed away on the spot.

Traffic remained suspended on the road as a result of the collapse.

Chief Minister of Punjab Shahbaz Sharif later arrived on the site and spoke to the media. He said that the contractor had been taken into custody and that he will receive a report of the incident by evening today.

“If it is the contractor’s fault, serious action will be taken against him,” said Sharif.

The initial investigation report states that the contractor was responsible for the poor quality of the pedestrian bridge.

It states that it was constructed in a very short time, adding that the welding was not right and the bolts were weak.

Achieved what I wanted during my premiership, says Gilani