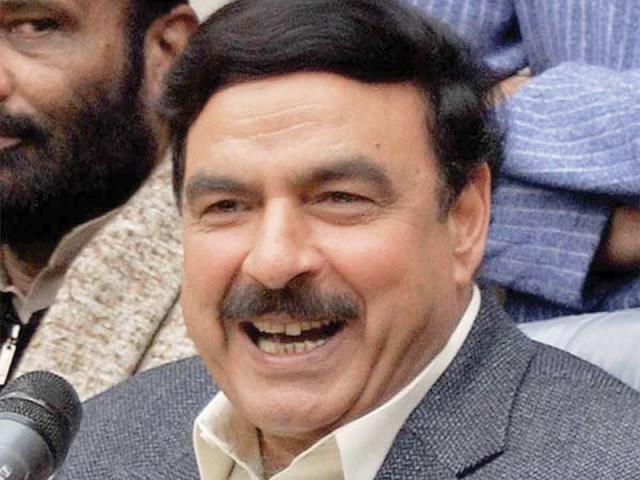 It was unclear why Sheikh Rashid Ahmed was detained.

WASHINGTON: Awami Muslim League leader Sheikh Rasheed Ahmed was briefly detained at the Houston airport after he landed in the city on Wednesday afternoon.

A spokesperson for the Pakistan Embassy in Washington told The Express Tribune that Ambassador Sherry Rehman has directed Pakistan’s Consul General in Houston to take up the issue of Rasheed’s detention with US authorities.

The spokesperson added that the Embassy has raised the matter with the State Department. Details on why Sheikh Rasheed has been detained were not immediately available.

Sheikh Rasheed was allowed to leave from the airport after a few hours. According to the spokesperson, he was questioned during his detention but was not given a reason on why he had been detained.

Ambassador Rehman in a subsequent tweet said that she had spoken with Sheikh Rasheed on the phone and that he was well. She added that the Rawalpindi based politician has been accompanied out of the airport by the Pakistan Consul General in Houston Aqil Nadeem.

Rasheed informed the media that his phones were confiscated and all the data was obtained from it by the airport authorities.

He said that Rehman was continuously in contact with him and she also criticised the behaviour of the authorities. She also protested that the phones were Rasheed’s personal property and that they should not have been taken away from him.

Google goes up against Amazon, Apple with ‘Nexus 7’ tablet