Suprem­e Court does not repres­ent will of the people, Court repeat­edly saying so to the contra­ry does not change it.
By Saroop Ijaz
Published: June 23, 2012
Tweet Email 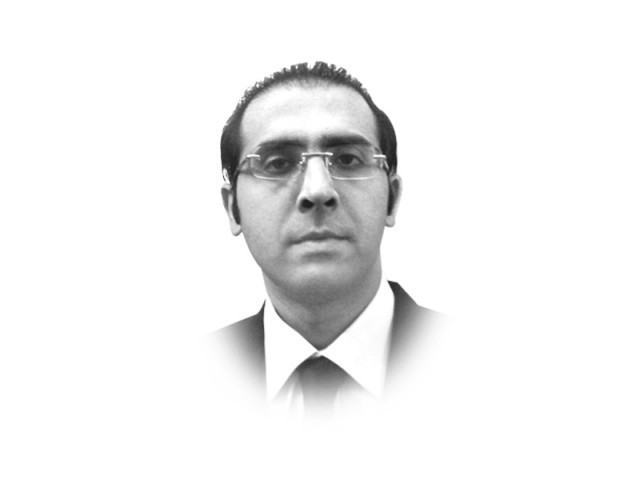 The writer is a lawyer and partner at Ijaz and Ijaz Co in Lahore saroop.ijaz@tribune.com.pk

It is always slightly discomforting when one is deprived of a metaphor or an agreed upon symbol. ‘Dictatorship’ — of the Pakistani variety — has been defined over the years and now we have the definition down cold, it is almost an intuition now, for e.g., it is khaki in colour, comes from the GHQ etc. However, in the past few days, the term, ‘judicial dictatorship’ is making the rare appearance here and there. This is, admittedly, an awkward term and also perhaps, inaccurate since it seems to suggest that judiciary as a collective is becoming dictatorial. Over the past four years, the authority and decorum of all courts in Pakistan except the Supreme Court has seen tremendous erosion, with lawyers routinely beating judges up in civil courts and using ‘non-parliamentary’ language in the High Courts. There is no point in euphemism now, hence somewhat more precise would be the even more clumsy phrase, ‘dictatorship of the Supreme Court’ or some permutation thereof.

The Pakistan Supreme Court has sent an elected prime minister home. This in itself is disturbing, however, permissible it may be under some circumstances. What is infinitely more worrying is the fact that the Supreme Court did not feel itself constrained by the procedure of law. The argument that the order of the Speaker cannot overrule the Court is a very decent one, yet does not explain why the Court ignored the clear provisions of the Constitution to send the matter to the Election Commission of Pakistan. There is also the issue of the three-member bench making a mockery of the seven-member bench. However, there is a vaguely linear progression to all of this. The Supreme Court terminated the employment of  “PCO” judges without reference to the Supreme Judicial Council, which was allowed to go unexamined. More recently, when memberships of members of parliament were suspended for dual nationality, again without reference to the Election Commission of Pakistan, not enough noise was created. Demagogy has a tendency of being incremental sometimes; they have tested the waters and now found it appropriate for a splash. It is likely to get worse now, it always does.

Even now there is a curious reluctance to unequivocally condemn, or mildly speaking, criticise the judgment of the Supreme Court. Yousaf Raza Gilani and his maladministration is not the issue here, the issue is considerably more fundamental, namely the right of the people to elect their representatives and also to send them home. The Supreme Court does not represent the will of the people and the Court repeatedly saying so to the contrary would not change that. Let me also say this about the law of contempt, if the Court in fact does believe that it represents the will of the people then it will have to make its peace with the fact, that people talk and also talk back.

The problem with the perception of selective justice is that it compromises all justice. The contempt proceedings against the corps commander at the time of November, 2007 emergency have not really taken off, the IG FC has still not appeared in Court, the Asghar Khan petition is still pending, the case of Dr Arsalan Iftikhar is not being heard daily (the cynic might also raise the issue of the timing of the PM’s disqualification as a diversionary tactic from the focus on the fantastic entrepreneurial success of Dr Arsalan Iftikhar). Remaining on timing, does anyone else find it strange that the arrest warrants of one of the designated candidates for prime minister are issued as soon as his name is proposed? It does push the ordinary serendipity of coincidence a bit. None of this maybe personal, however, it certainly gives that impression.

Leo Tolstoy begins Anna Karenina with: “Happy families are all alike, every unhappy family is unhappy in its own way.” It is painfully ironic to see how the Supreme Court has gone the full circle and joined the ranks of the previous “Happy families” of Pakistan. From sending judges of the superior courts to now sending the prime minister of Pakistan home. The anger at the slightest bit of criticism by the media resembles our gallant masters of the past. The impatience and not feeling the need to give reasons, the short orders, grand poetic epitaphs and ‘because I say so’ arm-waving and desk thumping. There is a visual image of a few days ago, which does concentrate into a microcosm the similarity. It was a video on some television channel of the Pemra chairman standing with his hands almost tied in front like an orderly, a man obviously broken and being humiliated in a room filled with judges either reclining or leaning in with contempt. I wonder nobody, not one judge thought it appropriate to ask the chief justice to allow the man a chair as it was not a court proceeding but an administrative meeting convened to watch on a projector screen the leaked video of Malik Riaz. (The Pemra chairman has since suffered a heart attack; I restrain myself from speculating on correlation, although it would be good speculation). The parallel video image summoned to mind is that of my Lord, the chief justice resisting with genuine bravado while being bullied by Musharraf and his cronies to resign and that of My Lord being pushed and shoved by contemptuous and contemptible foot soldiers of Musharraf. The moral texture of both images has unavoidable similarities. I was repelled then and I don’t like it now.

My Lords probably are driven by the best of motivations and believe them to be the saviours who would rid us from the corrupt, incompetent government. Firstly, My Lords are not vested with the power to do so. Secondly and more significantly, we appreciate the concern but no, thanks anyways. We will be glad if we are allowed to exercise our right of making our own mistakes. My Lords have seen Musharraf and his arrogance up close and personal and it is with utmost deference I quote Habib Jalib “Jo shakhs tum se pehle yahan takht nasheen tha/ Usko bhi Khuda hone pe itna hi yaqeen tha” (“The person occupying the throne before you was equally convinced of his divinity”).

The revenge of the black panther