The court observ­ed that Ispaha­ni cannot be a part of procee­dings in the Nation­al Assemb­ly.
By Web Desk / Azam Khan
Published: May 25, 2012
Tweet Email 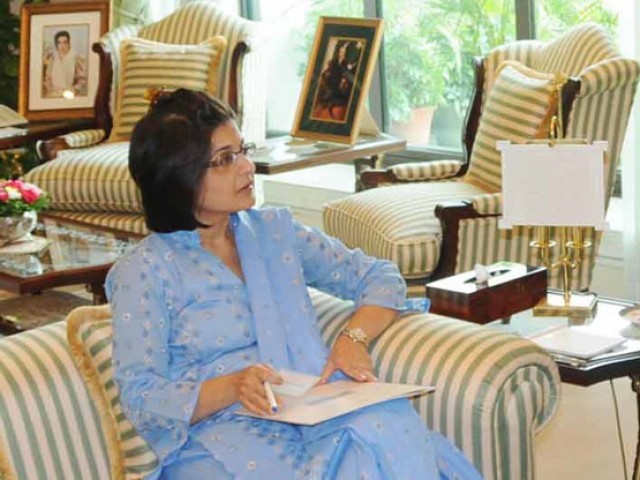 The court observed that Ispahani cannot be a part of proceedings in the National Assembly. PHOTO: INP/FILE

The court observed that Ispahani, wife of former ambassador to the US Husain Haqqani, cannot be a part of proceedings in the National Assembly.

The Supreme Court expressed its concern over contents of the US citizenship document, according to which a person has to renounce citizenship of the country they were born in when they attain US citizenship.

Also, when a person swears in for the US citizenship, they need to be loyal to the US and if needed, they have to take part in war and also perform their duty as non-combatant. The court said that this also means that Ispahani could be given the task of spying.

The court questioned why she had concealed this fact before sitting in the National Assembly, as she “might have collected secret information regarding sensitive matters, particularly defence and foreign issues.”

Earlier, the Supreme Court had issued notices to Interior Minister Rehman Malik and Ispahani, as both of them had failed to appear during the last hearing.

In today’s hearing, Malik requested for more time from the court by filing an application through his lawyer.

The court was hearing a petition filed by Mahmood Akhtar Naqvi, who had alleged that Chaudhry Zahid Iqbal, Chaudhry Iftikhar Nazir and Malik held British nationalities, while Ispahani possessed US nationality.