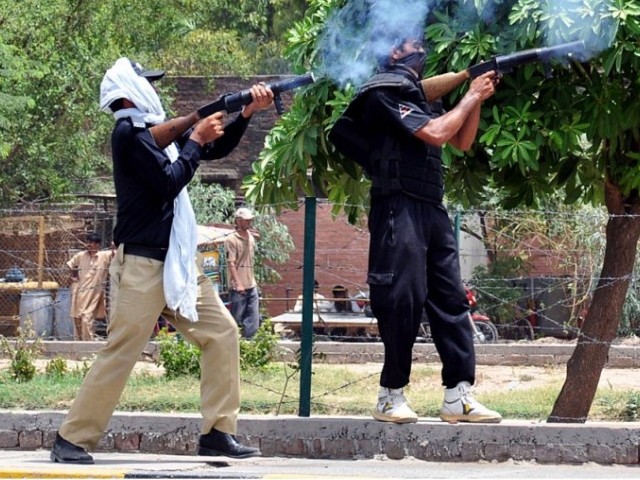 LAHORE: Protests against loadshedding in Punjab have intensified, with demonstrators beginning to target the homes of MNAs and MPAs.

Police and protesters continued to clash regularly in the area.

In Khanewal, protesters attacked Heraj house and set a portion of it on fire.

Sukkur, Shikarpur, Larkana, Jacobabad and various other areas of Sindh are also suffering from hours-long power outages, where infuriated mobs have protested.

At least 10-12 hours of loadshedding in cities and 12-16 hours of no power supply in villages has miserably affected businesses and industries.

FIRs were registered against 1,770 unknown protestors in three different police stations of Faisalabad.

The cases registered include offences of damaging banks, CNG stations, looting from shops and blocking the roads.