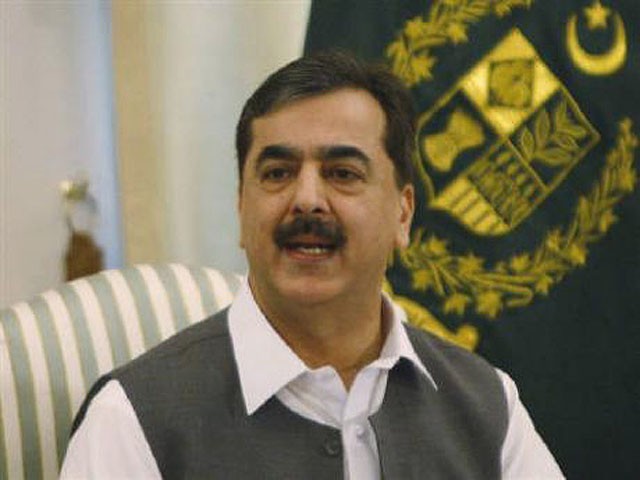 ISLAMABAD: Prime Minister Syed Yousaf Raza Gilani said 20 million people have been affected by floods in the country and that the death toll stands at 1384.

Addressing the nation on Pakistan’s 64th anniversary, Gilani urged the nation to join hands with the government in providing relief and rehabilitation of the flood victims. He said all efforts were being made for the rehabilitation of the flood victims. Adding that the government lacks the capacities and resources to deal with the catastrophe, Gilani appealed to the international community to extend a helping hand to assist Pakistan in dealing with this calamity.

Congratulating the nation on Independence Day, Gilani said that Pakistan had come into being as a peaceful and democratic state. He said Pakistan today is facing challenges similar to those in 1947.

“The country is facing challenges at many levels,” said Prime Minister Gilani. “Austerity measures are being taken at all levels.” He said all celebrations for Independence Day had been cancelled and urged the nation and to come forward to help the country in its time of need.

He said the democratic government had successfully ensured the supremacy of the parliament adding that the government aims to strengthen the provinces.

Speaking on the current media controversy, Gilani said the role of the media is very important in a democratic set up. “Our media is going through a transitional phase,” he said. “The media should behave responsibly. Our government values the criticism and guidance of the media.”

Independence Day of a different kind

The government decided to keep the 64th Independence Day celebrations low profile to keep the focus on rescue and relief activities in the country’s flood affected areas.

The day started with a 21-gun salute in all the four provincial capitals.

A change of guard ceremony was held at the tomb of Pakistan’s founder Quaid-e-Azam Mohammed Ali Jinnah in Karachi.

In his message on independence day, President Asif Ali Zardari called upon the nation to help the flood victims.

Some religious and political parties have announced that they will hold processions and public gatherings on independence day to contribute to the flood relief funds.