Pilot ejecte­d succes­sfully and safely as plane crashe­d near the Uthal town of Baloch­istan.
By AFP
Published: June 12, 2012
Tweet Email 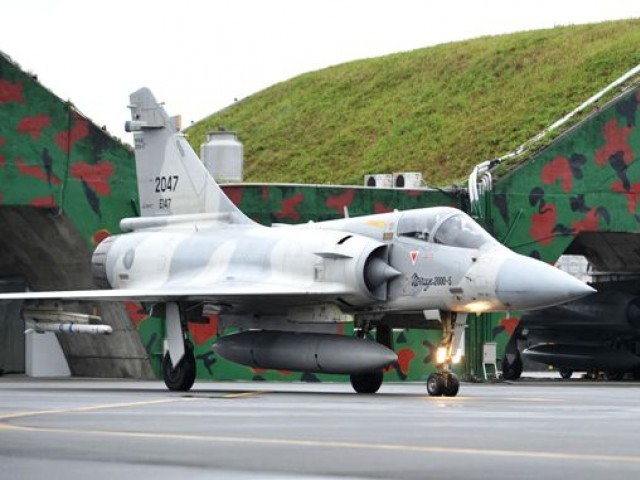 This picture shows a Mirage fighter jet taxis out of a hanger. A Pakistan air force mirage crashed in Balochistan on Tuesday. PHOTO: AFP/FILE

KARACHI: A Pakistani fighter jet crashed in the south of the country Tuesday while on routine training but the pilot ejected safely and there were no casualties on the ground, an air force official said.

The French-built Mirage jet took off from the Pakistan Air Force’s Masroor Base in Arabian Sea port city of Karachi and crashed near the town of Uthal in Balochistan, air force spokesman Squadron Leader Mohammad Nadeem told AFP.

Uthal is around 60 kilometres west of Karachi.

“The pilot ejected successfully and safely,” the spokesman said, adding the cause of the accident would be determined after an investigation.

No loss of civilian life or property was reported on ground, he said.

It was the second Mirage aircraft crash in the region in a month. A Mirage-V crashed on May 11 while its pilot ejected safely as well.

The Pakistan Air Force has a fleet of Chinese aircraft including F-7PGs and A-5s, plus US-built F-16s and French Mirages. It recently acquired JF-17s Thunder jets, manufactured jointly by China and Pakistan.

Pakistan should ‘bite the bullet’ in Nato routes row: US official