Chaudhry Nisar believes CJP should stay away from his son's case

Chaudhry Nisar believes CJP should stay away from his son's case 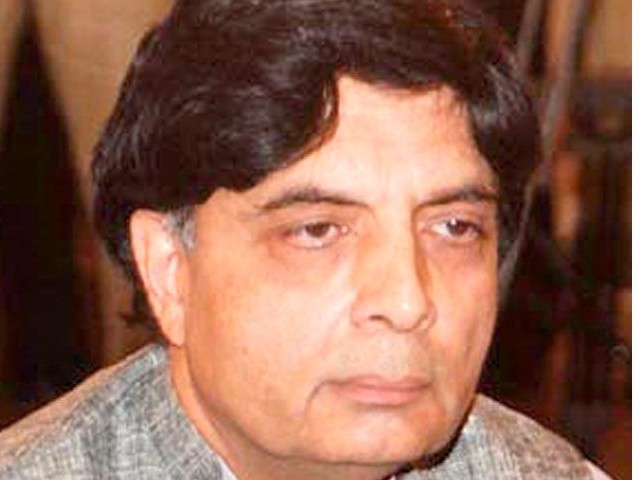 Says ‘trapping’ and ‘blackmailing’ CJP’s son is a grave crime.

ISLAMABAD: The leader of the Opposition in the National Assembly Chaudhary Nisar Ali Khan said on Wednesday that Chief Justice Chaudhary Iftikhar should keep away from the case of his son, Arsalan Iftikhar.

Speaking in a private television channel programme, the Pakistan Muslim League-Nawaz leader said that it was the first case in the history of the country where a Chief Justice of Pakistan has taken suo moto notice against his own son for allegedly being involved in corruption.

Following media reports that Arsalan had received between Rs300 and Rs400 million from a real estate tycoon to influence judicial proceedings, the court, had subsequently summoned him and Bahria Town’s chief Malik Riaz late Tuesday night.

Nisar, however, did not comment further on the case saying the matter was sub-judice and it was inappropriate to make any statement.

Keep Government out of this

Meanwhile, the Federal Minister for Information Qamar Zaman Kaira said that the federal government had nothing to do with the case and that the PML-N was wrongly slanting it against the government.

Kaira added that real estate tycoon Malik Riaz was a favourite of Shahbaz Sharif since the former had helped the latter in launching the Ashiana Housing Scheme.