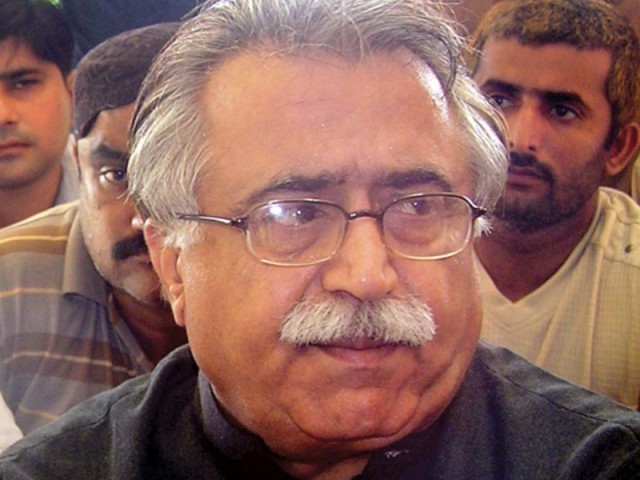 Chandio says will convene a meeting of parties and then speak to leaders of opposition parties to resolve matter. PHOTO: FILE

“We will convene a meeting of parliamentary parties of our coalition partners and then speak to leaders of opposition parties to resolve the matter. I hope that we can arrive at an amicable solution,” Chandio, said while talking to The Express Tribune.

Meanwhile, two parliamentarians from Sindh Assembly, who allegedly hold dual nationalities, contested media reports that they have received notices from the apex court.

“I have not received a court notice yet. I will give my viewpoint in court if I am summoned,” said PPP’s MPA Dr. Ahmed Ali Shah, a neurosurgeon who holds a British passport.

“I am 64 years old and have only spent five to six years abroad while the rest of my life was dedicated to service the people of this country,” he added.

Meanwhile, Muttahida Qaumi Movement’s MPA Nadia Gabol is listed as a British citizen, born in Manchester, in the Sindh Assembly’s official documents. When contacted, Gabol was reluctant to speak on the issue. Her party’s spokesperson, Wasay Jalil, said the MQM had started consulting constitutional experts before giving its viewpoint on the issue of dual nationality.