The FLI demand­ed that Chief of Army Staff Genera­l Kayani deploy forces in Karach­i till peace was restor­ed.
By Our Correspondent
Published: June 5, 2012
Tweet Email 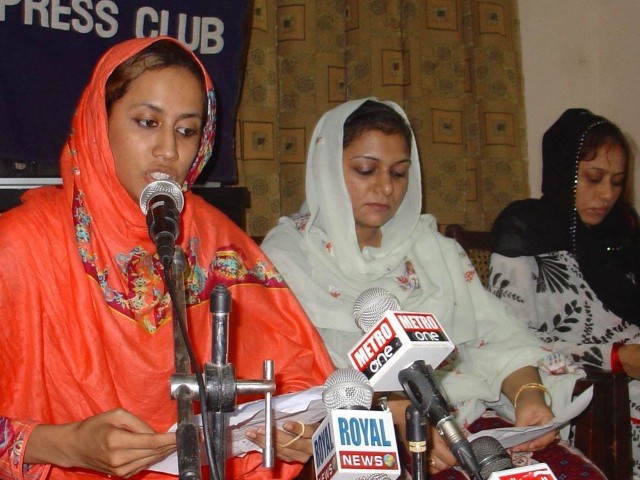 More than 100 Baloch youth have been killed since April 1 this year, according to Sania Naz, the spokesperson for Friends of Lyari International (FLI).

She said this at a news conference at the press club on Monday. She asserted that a situation similar to Balochistan is being created for the Baloch people in Karachi as well.

“This state terrorism has made our people lose confidence in the government,” she said.

“The government should expose those behind the genocide of Baloch people in Karachi. Our people are denied jobs here. We are shocked as to why our public representatives are silent.”

She too requested President Asif Ali Zardari to compensate the families of the people who died in the May 22 rally. She also called for taking suo motu notice of the attack.

Like Karachi City Alliance, the FLI also demanded that Chief of Army Staff General Ashfaq Parvez Kayani deploy forces in Karachi till peace was restored. “Only the army can restore peace in the city. Our brothers are targeted as a matter of routine and are forced to stay in their areas.”

‘Mumtaz and Jatoi run the biggest land mafias of Sindh’