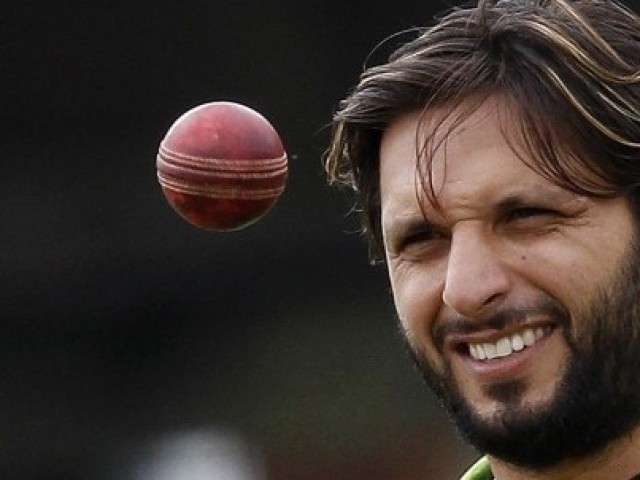 The 30-year-old all-rounder visited Nowshehra, one of the hardest-hit parts of the northwest, to take part in a flood-relief campaign and distribute funds he raised recently in the United Arab Emirates.

“I feel it is my duty to help my countrymen in time of need,” Afridi told AFP. “I raised a good amount in Dubai recently and this campaign will go on even in England early next month.”

An estimated 14 million people have been affected by massive floods caused by torrential monsoon rains lashing the country.

“People are badly affected by the floods and they are left homeless, so it is our duty to help them. I will request affluent people, wherever they live, to help the worst-hit countrymen,” said Afridi.

Afridi, who shocked everyone with his sudden retirement from Test cricket after Pakistan’s defeat against Australia at Lord’s, is expected to return to England as one-day captain next month.

Afridi hoped Pakistani expatriates would donate to his campaign. “I will go to England a week in advance so that I can hold charity dinners and I am confident that Pakistanis based in England will come forward and contribute,” he said.

The hard-hitting batsman regularly works with the Islamic Relief Fund to help the needy around the world.

So, what exactly is “Rawaan”?