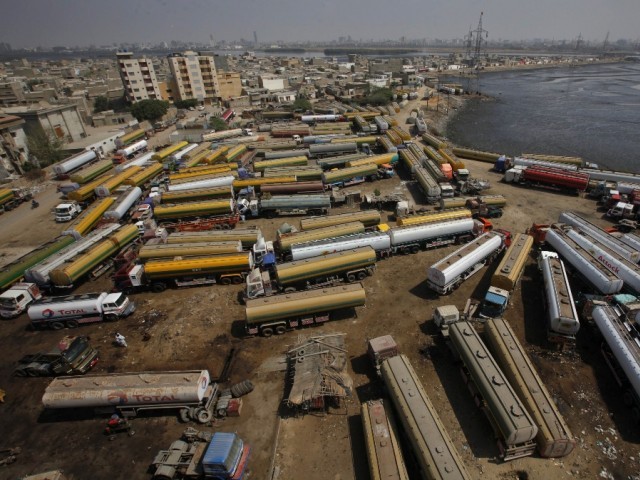 As Pakistan and the United States make some headway in bilateral talks, Islamabad’s demand for $5,000 per container for transporting goods to Afghanistan through its territory remains the biggest stumbling block.

US Defence Secretary Leon Panetta has ruled out paying Pakistan this amount, but officials familiar with the talks say Islamabad’s demand is “neither irrational nor out of the blue.”

The supplies made to Isaf and Nato forces stationed in Afghanistan have ruined Pakistan’s road infrastructure over the last nine years of cooperation, they added.

The infrastructure was used for eight years without paying any charges. In the ninth year, the US started paying a nominal handling fee of $220 per container to National Logistic Cell – the army’s logistics arm, officials said. Terming Pakistan’s demand as “extortion,” Senator John McCain, a former Republican presidential aspirant, had claimed that the US was paying $250 per container to Pakistan.

Roads in Pakistan are designed to have a life of ten years but have depreciated significantly since the damage caused by a single container is equivalent to 1,500 to 2,000 cars.

Officials said the National Highway Authority needs $1.6 billion to rebuild the damaged infrastructure and, for this purpose alone, it has proposed a charge of $1,000 per container.

The additional $4,000 includes charges for scanning, inspection and examination of the supplies, charges on account of road safety, environmental impact and port services, they added.

For the last eight-and-a-half years, Pakistan allowed Nato and Isaf containers to leave the ports without scanning them. The Federal Board of Revenue, however, claims it had started scanning the containers but refused to speak on record.  Officials said Pakistan will not provide security to the containers.

Even after paying $5,000 per container to Pakistan, the cost of shipping supplies through Pakistani territory will be less than that incurred using the Northern Distribution Network (NDN) – and will take less time.

Each container coming through the NDN to Afghanistan costs $14,000. About 40 to 45% of the NDN comprises sea routes, while the rest is covered through rail and road networks.

The Pakistani route, on the contrary, costs $7,000, since 80 to 85% of the distance is via sea while the rest is through road, officials said.

However, officials say, the US insists the $5,000 per container fee to Pakistan will surge the cost of the route and make it comparable to the NDN. The US has threatened Pakistan that sticking to the demand may put its ties with Nato countries at risk, officials added.

During the recently-concluded technical-level talks, both sides have resolved certain outstanding issues vis-à-vis reimbursements under the Coalition Support Fund (CSF). Both sides, however, were reluctant to share details due to the ‘hostile’ US Congress. Officials said the US was ready to pay CSF payments for the period between May and November 2011.