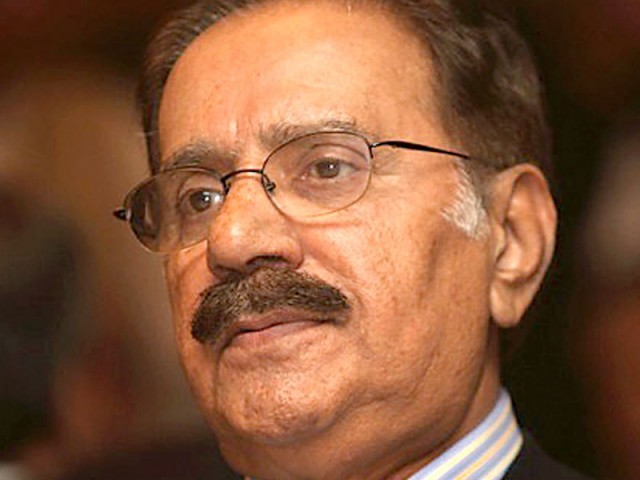 ISLAMABAD: While hearing the suo motu case of the National Insurance Company Limited (NICL) Rs5.34 billion scam on Thursday, the Supreme Court ordered that legal proceedings be carried out against Federal Minister Makhdoom Amin Fahim and others involved in the case.

In today’s proceedings, Chief Justice Iftikhar Muhammad Chaudhry said that the plundered money belongs to the people of Pakistan and that it should be returned to them.

Federal Investigation Agency (FIA) Sindh Director Moazzam Jah informed the court that over Rs40 million were transferred to Fahim’s account, which is shared by his son Jaliluz Zaman and wife Rizwana Amin Fahim. He added that the amount was obtained after selling out a plot under NICL.

However, the money was later returned.

During that time, Fahim was heading the ministry of commerce.

The court ordered a probe into the hiring of Ayaz Khan Niazi, who was the chairman of the NICL when the scam was devised. The chief justice observed that Niazi was illegally appointed.

The chief justice ordered that it should be found out why the money was taken and returned.

During the hearing, notices were issued to former and current chairman of Securities and Exchange Commission of Pakistan, seeking an explanation as to why Niazi was appointed.

It was further ordered that a report should be submitted to the court which entails the details of transactions made under the scam and also why an illegal summary, signed by Fahim, was forwarded to Prime Minister Yousaf Raza Gilani for approval.

The legal director of FIA and Commerce Secretary Zafar Mahmood were also present during the hearing.