Khokar asks Peshaw­ar’s IG and CM to find those who desecr­ated the Hindu temple.
By Our Correspondent
Published: May 23, 2012
Tweet Email 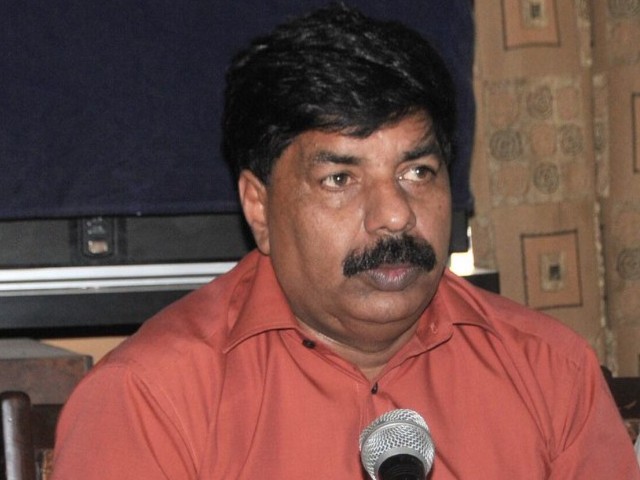 Khokar asked Bilawal Bhutto to take a personal interest in issues of the minorities such as damages to property and dignity, and threats to personal safety. PHOTO: EXPRESS/IRFAN ALI

KARACHI: The Pakistan Peoples Party’s minority MPA Saleem Khursheed Khokar once again raised the issue of threats against him and his family, saying that he was not satisfied with the security provided.

“After my vocal stance on the Rinkle Kumari case and forced conversions, me, my family and MPA Pitanbar Sehwani received threatening text messages but were only provided security once the party’s chairperson, Bilawal Bhutto, intervened,” said Khokar. “I tried to file an FIR at the Clifton police station but that was also registered after I raised the issue in the Sindh Assembly and the law minister, Ayaz Soomro, took notice.”

At the All Pak Minority Alliance’s press conference on Tuesday, he told the media that the phone numbers from which he received threats were given to the police.

Speaking on the education system in the country, he emphasised on the need for “an unprejudiced curriculum” to be formulated. “Children with different religious backgrounds should be able to study according to their own faith and beliefs.”

Khokar requested the government to establish laws which prevent forced conversions. “The case of Shahbaz Bhatti’s assassination should be revisited and those responsible should be punished.”

He brought up the vandalism of the Hindu temple in Peshawar which took place on Sunday and said that the Khyber-Pakhtunkhwa Inspector General and chief minister should arrest the culprits.

“The government is facing issues related to terrorism and extremism in the country and they are trying their best to combat these menaces,” explained the MPA.

Khokar asked Bilawal Bhutto to take a personal interest in issues of the minorities such as damages to property and dignity, and threats to personal safety. “I will fight for the minorities till the day I die.”