Rehman Malik had spoken to the prime minist­er, who ordere­d for the site to be unbloc­ked.
By Saad Hasan / Web Desk / Shaheryar Popalzai
Published: May 20, 2012
Tweet Email 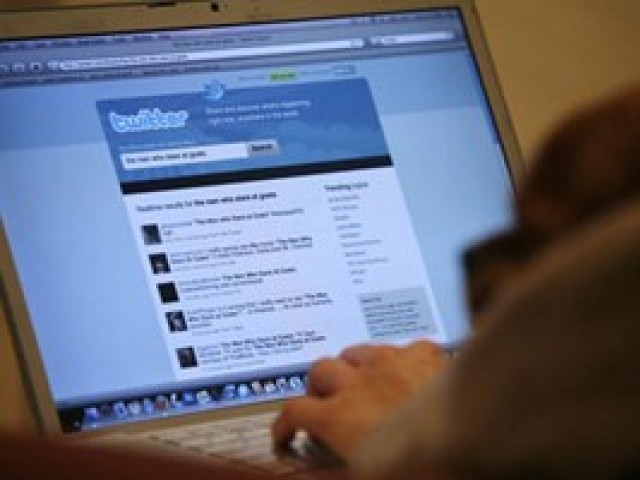 KARACHI: Micro-blogging website Twitter has been restored in Pakistan on Sunday night, after an almost day long ban.

Micro-blogging website Twitter had been temporarily banned across Pakistan on Sunday by the Pakistan Telecommunication Authority (PTA).

Express News correspondent Suhail Chaudhry had reported that the access to Twitter was blocked due to an ongoing “competition” of Prophet Muhammad’s (pbuh) caricatures.

This move was made, keeping in mind the “emotions of the masses” reported Chaudhry.

Earlier, PTA Chairman Dr Mohammad Yaseen said the regulator was asked by the Ministry of Information and Technology to block the website in the country.

“We just passed on the directives to the Internet Service Providers (ISPs),” he told The Express Tribune. “I can’t say for how long the website will remain blocked.”

Pakistan’s government had asked Twitter to stop a discussion on Prophet Muhammad (pbuh), which was considered derogatory, Yaseen said, adding that “Twitter refused our request.”

The PTA had blocked access to Twitter directly from the upstream links without notifying the ISPs, according to Wahajuz Siraj, convener for Internet Services Providers Association of Pakistan (ISPAK).

Express News had reported that the Ministry of Information and Technology tried getting through to authorities on Twitter throughout the night and that about five faxes were sent to the micro-blogging website.

Eventually, in reply to PTA’s e-mail, Twitter authorities replied saying that they “cannot stop any individual doing anything of this nature on the website”.

One ISP, on condition of anonymity had advised callers registering complaints to use Vtunnel and proxies as an alternate to access Twitter.

While the micro-blogging website was blocked, it was accessible by means of mobile phones and secure browsers such as Opera Mini.