No respite: Power outages to continue for next two years

No respite: Power outages to continue for next two years

Secret­ary says massiv­e tariff hikes will be made in next two months.
By Our Correspondent
Published: May 18, 2012
Tweet Email 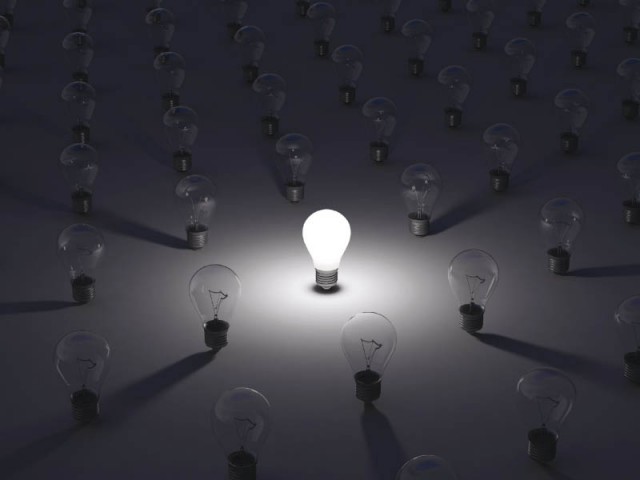 With warnings of energy crisis persisting for the next two years despite floating term finance certificates (TFCs) worth Rs82 billion to eliminate the circular debt, the water and power ministry has asked people to brace for further massive hikes in power tariff in the next couple of months.

“The previous Musharraf regime had frozen electricity tariff and paid heavy subsidies, therefore, a big increase in tariff may be made twice in the next two months,” Water and Power Secretary Imtiaz Qazi told the National Assembly special committee on energy crisis.

The committee met at the Parliament House on Thursday under the chairmanship of Engineer Usman Khan Tarakai to review the current situation of load-shedding across the country.

The government has already announced an increase in the tariff by a hefty 16% a couple of days ago.

The secretary said the circular debt problem emerged due to difference between production cost of electricity and the tariff charged from consumers, which forced the government to provide subsidy.

Provinces were not paying their electricity dues as more than Rs60 billion was stuck in cases taken to courts, he said.

“Electricity outages will continue by the time two new power projects come online, which will take a further two years,” Qazi warned and said rental power plants (RPPs) were an effort to bridge the power shortfall.

In order to enhance electricity production, he said, work had been initiated to convert power plants into coal and the Asian Development Bank (ADB) had committed to making investment in this regard.

“ADB has committed to providing $650 million to shift power plants to coal. In the first phase, the Jamshoro plant will be converted into coal,” Qazi said.

Though the country has power generation capacity of 21,000 megawatts, it has not been able to produce more than 15,000 to 16,000 megawatts by using all available means and resources.

Bushra Gohar, a member of the special committee, expressed displeasure over the performance of power managers in the recovery of electricity bills. Qazi replied that there were some issues faced by provinces and the federation, which restricted the ministry from recovering the dues.

Gohar blamed massive irregularities and corruption in power companies for the swelling circular debt and called for making recovery of dues and bills on a fast track. The water and power ministry had also not been able to formulate an energy policy in the last four years, she said.

Terming load-shedding a management issue, she proposed that the special committee should order the suspension of all the officials concerned.

Committee member Rana Tanvir Hussain pointed out that inefficiencies of the power sector had resulted in the loss of different electricity installations.

An official of the National Transmission and Dispatch Company (NTDC) pointed out that one million tube wells were irrigating agricultural land, of which 250,000 were running on electricity. “We have to change our irrigation system to save electricity,” he said.

The committee members strongly criticised the National Electric Power Regulatory Authority (Nepra) for the gap between the power tariff determined by Nepra and the consumer tariff notified by the government.

Shahid Khaqan Abbasi, who is also part of the special committee, said the ministry had failed to come up with a solution to the energy crisis, which had badly affected all sectors. “The ministry was misguiding the masses,” he added.