Fatwas against women: From the one who wears bangles

Fatwas against women: From the one who wears bangles

Who will tell the “fatwa guys” that they are nearly an extinc­t specie­s.
By Fouzia Saeed
Published: May 14, 2012
Tweet Email 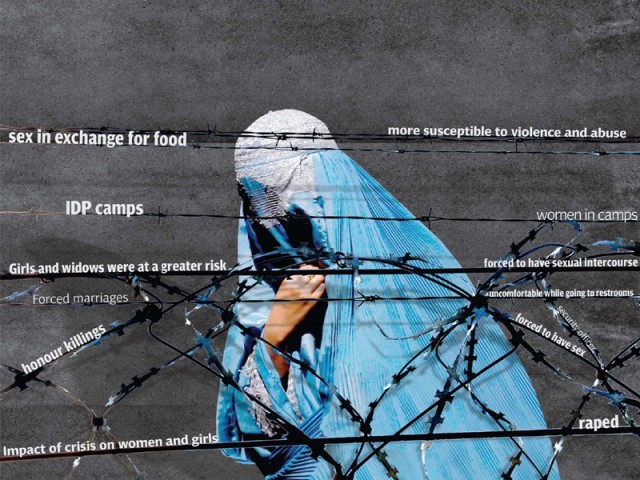 Who will tell the “fatwa guys” that they are nearly an extinct species.

Fatwas against women are becoming common again. In Noshki, Balochistan, a fatwa was announced in a mosque on May 11, stating that any woman using a cell phone will have acid thrown in her face. Another fatwa was issued in Kohistan about two weeks ago, warning ‘NGO women’ that they would be forcefully married to their local men if they dared to enter the area. There was a time when such fatwas were more common resulting in serious punishments inflicted on women who dared to venture beyond the four walls of their homes. However, over the last four years there has been a steady improvement in creating space for women to be more visible in public.

After decades of repression, women have turned the cycle in a different direction by building a high level of solidarity among women from many backgrounds. The awareness that one woman’s advancement is linked to breaking the shackles of others has gained ground. Not just women, many men are fully in support of this process of change.

I think it is time for our society to forcefully stop such people who not only violate the dignity and safety of women citizens, but also give a bad name to Islam, a religion which places a priority on the dignity of women.

I am not so worried about these fatwas because I am confident that our society will not let itself regress. I am more worried about those who put on a progressive facade and continue to reinforce myths that imply women are inferior. Our society takes these ‘put downs’ for granted and use them in a patronising manner.

Putting down a man by calling him a woman, and thus a ‘coward’, has gone on for generations. These ‘humiliations’, while being common among the ignorant, do concern me more when they are commonly used by our leaders.

About two weeks ago, a senior minister raised his hands and announced that he was not wearing bangles, implying that he was not a coward but was ‘brave’ like a ‘man’ and would handle the violence in Karachi with a ‘man’s courage’. Ironically, men with their ‘bravery’ and ‘courage’ have already given that city enough trouble.

Some of the members of a political party referred to a leader of a rival party as ‘baji’. In the past, women leaders from several parties also used such symbolism, when they threw bangles at opposing leaders or a dopatta at him to say he was a ‘coward’. Times have changed and women are not going to put up with using their names as a put down any more. Article 25 in our constitution is not good enough. Women demand equal respect, especially when they are the ones who are the nurturers of life while excelling at the universities and bringing medals and Oscars back home.

Electoral alliance not being considered: MQM