Is summer worse in July or August, one question schools are not asking

Is summer worse in July or August, one question schools are not asking

Matric school­s want summer vacati­ons from July to August while Cambri­dge school­s prefer them to be from June to July.
By Noman Ahmed
Published: May 13, 2012
Tweet Email 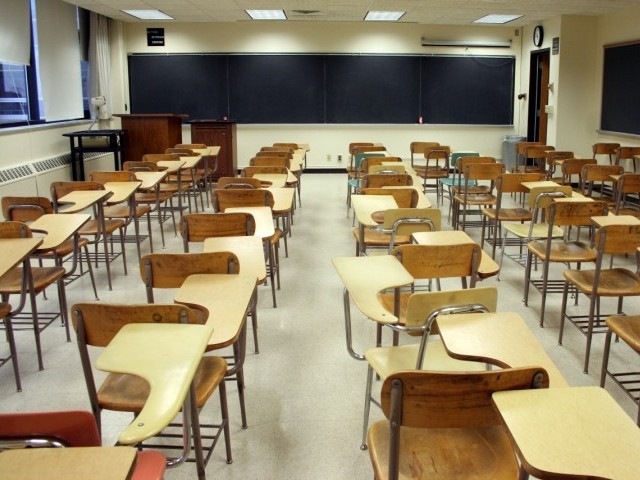 The steering committee [of the education department] had decided on February 8 that vacations would be spread over July and August: PSM chairman. PHOTO: FILE

The Private Schools Management Association (PSMA) reiterated its demand to schedule summer vacations for schools in July and August during a press conference at a hotel on Friday. PSMA officials also criticised Cambridge system schools for not cooperating with them over the issue.

“The steering committee [of the education department] had decided on February 8 that vacations would be spread over July and August. But why isn’t the education department announcing it,” asked PSMA chairman Sharfuz Zaman. He added that the education department had called a meeting of all private school officials on May 4 to brainstorm ways to resolve the impasse. “To ask for suggestions on an [issue] that had already been decided by the steering committee was mindboggling,” said Zaman. The department hasn’t decided on what to do till this day. He alleged that Cambridge system schools wielded influence as they count children of ministers and bureaucrats among their students. “These [Cambridge system] schools are subverting our education system by working [along the lines of] the East India Company.”

Raheel Masood, the principal of Southshore School for A-level Studies, said that summer vacations during July-August would not be ideal for most Cambridge system schools as they have to align their admissions process and academic activities with the timeframe for O/A Levels exams.

Farha Imam, head of the Happy Home School’s O-Level campus, said that August was the busiest month of the year for Cambridge system schools. The academic session in August after the University of Cambridge Local Examinations Syndicate has released students’ O and A Levels results. “Since we follow an international system, we cannot delay the session or make an adjustment.”

Imam added that it was difficult for officials like her to keep up with multiple bodies that represent matric schools. “We can only talk on behalf of O/A Levels schools, but we do follow directives issued by the education department.”

Dirty electricity: You can’t feel it, see it but electro-smog can kill you