Manto: The unmatched craftsman who strips life of its illusions

Manto: The unmatched craftsman who strips life of its illusions 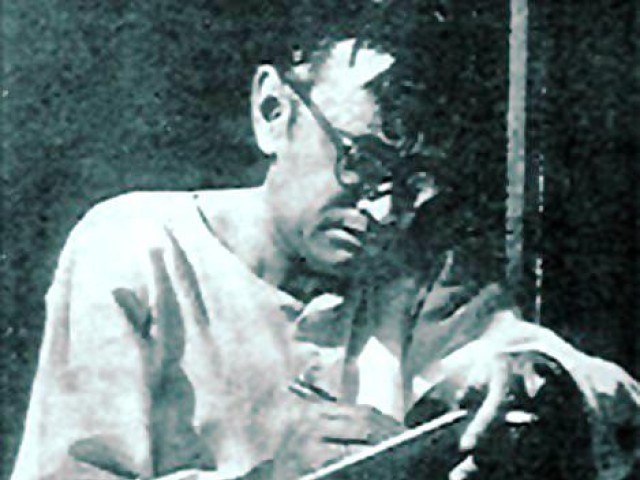 Manto celebrates humanism through his stories.

Manto is more than a creative mind; his body of work is a world view in itself. Whether one loves him or hates him, approves of him or condemns him, despises him or reveres him, Manto has an undeniable presence.

The more vehement the denial becomes the more resolute the presence proves. This is a presence of a keen observer who shocks society by reflecting its oblivion; it is the presence of an extremely sensitive writer who touches the chords that stir anxiety; the presence of a master craftsman, who writes a story like an epigram. This is Manto. Life throbs through his pen with gnawing resistance.

Much has been said and written about him and his art, and much more will follow. He is one writer who evokes the imagination to grasp the reality, however sordid or painful it may be. But reality it is. Like a Mahjong expert he engages with the blacks and whites of life experiences, purusing the grey to its brightest, bleakest ends, teasingly exposing our own insecurities to accept the darker side of the social set-up and its actors in a society smitten by false pride.

Talking about actors Manto chisels his characters for what they are, and why they are what they are. Human abasement by artificial divide and insane insistence upon it is considered by him against the basic moral principle of human dignity. Nothing wrenches his heart more than a slur on dignity. For those infected with an elitist mindset, for whom it is almost impossible to view the downtrodden, the depraved and deprived with respect, Manto does not judge – he exposes and he reveals. He only defers to the truth.

Naïve innocence and crooked cunningness are both appreciated by Manto. He wishes to search the soul through very physical expositions of human actions. Manto decries a soulless society entrenched in its own illusions. He engages with those who may be the children of a lesser god, as it becomes the responsibility of those who claim to be infallible. Thus Manto is committing another sin, exposing the paucity of moral space to grant empathy and compassion.

Manto claims, “The story is written by God, Manto only writes the last sentence.” This is the confidence of a sensitive mind which writes stories with unmatched craft. One cannot change a single word or give some other version of his description, as Manto leaves no space for it. If he wishes to portray a certain image through his characters and narratives, he leaves no room for alternatives. For Manto there are no alternatives. He may shock because he brings forth the sensuous or the erotic; he merely asks of the reader to accept this as reality. Manto is continuously challenging the duality of the social set-up and questioning the dormant conscience of society.

He would not bear condemnation on the basis of a certain action, for he continues to condemn the forces that have come to establish their false authority . Complacency is not Manto’s world; his world is to bring forth the truth as it is, however ugly or painful it may be.

This great maestro is first and last a humanist. Manto celebrates humanism through his stories. By narrating stories of evil he desires to highlight the good, not the evil. He is not narrating lust for lust, coercion for coercion, oppression for oppression, sin for sin; but to evoke a deeper understanding of the hidden agenda of a hypocritical society. To save abasement, to save misery and to save pain for him is to give life another chance.

Does not the phoenix rise from its own ashes?

Manto: Why I wanted to read a ‘lewd’ writer