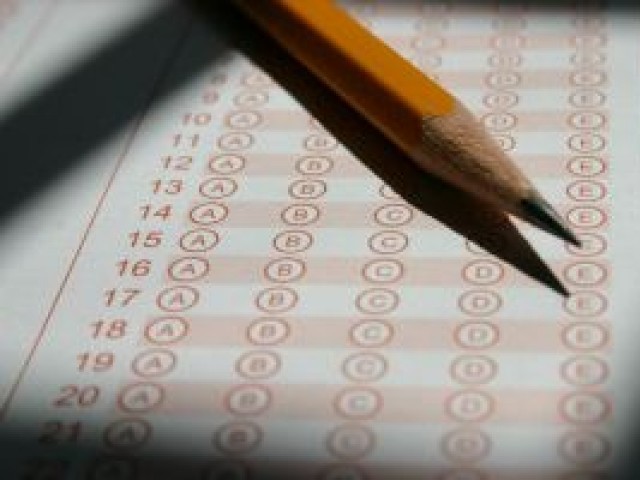 President of University of Lahore said the UL charter enabled them to give their own exams. He said the college was established before the UHS came into being.

Every year some 35,000 medical students sit the entry test given by the University of Health Sciences (UHS). With only 3,017 seats available at public colleges, some 32,000 candidates become potential candidates for private colleges.

Concerned about the anomalies in the systems of many private medical colleges, Prof Malik Hussain Mubbasher, former UHS vice chancellor, submitted an application on the Human Rights Cell of the Supreme Court in April seeking a “legal and constitutional check” on the working of these institutions, something expected from him while he was in office.

Prof Mubbasher said that the University College of Medicine and Dentistry, University of Lahore had started in 2002 without PMDC recognition. Though it was granted recognition in 2007, Prof Mubbasher said the college had violated the provisions of the UHS Ordinance and judgments of the Lahore High Court as well as of the Supreme Court in not registering its students with the UHS.

He said that the Amina Inayat Medical College was denied affiliation by the UHS for not meeting the PMDC criteria.

Instead of removing the deficiencies, the college sought and got affiliation with Riphah International University in violation of Sections 5 and 35 of the UHS Ordinance, he said.

He said Continental Medical College, Lahore, lacked teaching hospital beds for clinical subjects. He said he had also registered FIRs against administrations of some private colleges for attempts on his life.

A senior Health Department official said that criminal cases had been registered against several private medical colleges for certain irregularities. However, he said, details could not be revealed until after a report was submitted to the Supreme Court.

“If the King Edward Medical University can give its own exams and award degrees, why can’t we? If territorial boundaries don’t apply to them, they should not apply to us either,” he said.

Amina Inayat Medical College Principal Prof Zafar Ali Chaudhry told The Tribune that the college was recognised by the PMDC and was affiliated with a federally chartered university, after the UHS had refused to grant the affiliation.  He said the college met UHS criteria for faculty and had no reservation against being affiliated with the UHS.

Arif Mahmood Qureshi, the Riphah International University assistant registrar (affiliation) said that UHS charter did indeed allow no medical school in the Punjab to be affiliated with any other university. However, he said, the RIU was a federally chartered university and had lawfully granted affiliation to Amina Inayat Medical College. He said the federal law (Riphah chapter) enjoyed precedence over provincial law (UHS charter).

Continental Medical College Principal Dr Rehana Azeem denied that the college lacked teaching beds. “We have the required faculty and our hospital units are complete too,” he said.

Dr Nazeer Ahmad Aasi, the University Medical College, University of Lahore (UL) principal, said no university was barred from or should be barred from giving examinations at its constituent colleges.

He said the UL charter enabled them to give their own exams. He said the college was established before the UHS came into being.