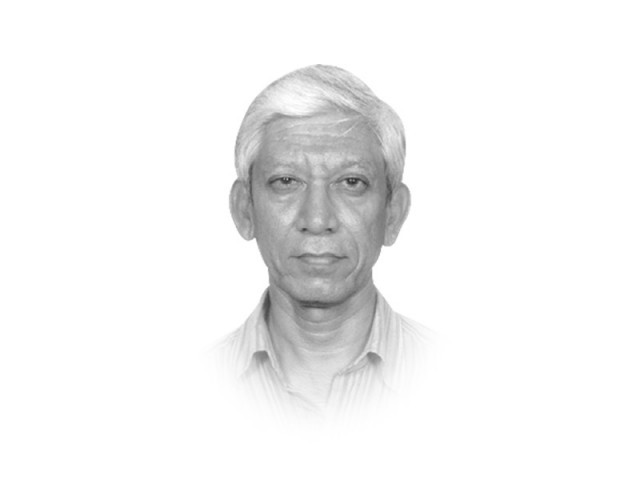 Before I come to the subject of sheer prejudice and violence woven into the fabric of our languages — Urdu and others — I would like to make a small but important clarification. The use of ‘North India’ and ‘northern subcontinent’ as interchangeable terms in the pre-Partition context in my previous columns seems to have led some readers to conclude that the geographical area defined by these terms somehow does not include the present Pakistani province of Punjab. This is an incorrect impression. These terms are used for the entire northern subcontinent — the area above the Vindhya mountains — and, in the context of caste politics, this entire area has common characteristics that are distinct from the area that falls below the Vindhyas. They encompass the entire area of Pakistan in addition to the areas that are on the other side of our borders with post-Partition India.

To somehow conclude that Punjab — or any other part of the present Pakistan — has been free from caste divisions, prejudices, discriminations and politics is to affirm our national trend to deny historical and social reality. Our post-Partition Punjab politics has typically been the power politics between different biradris sharing a specific area. Any number of examples could be found that demonstrate how caste prejudice plays a crucial role in informing individual and group attitudes: from the famous saying adorning the backs of our trucks and buses — Asl se khata nahin/kam, asl se wafa nahin (A high-born can do no wrong/while a person of low origin cannot be loyal) — to a recent whispering campaign vilifying a federal minister in which he was alleged to be from a Nai family. Whether or not the allegation was true, one thing is certain: according to the campaigners, a person’s caste background is the actual determinant of his or her worth!

A more gruesome and violent example is that of Mukhtaran Mai whose teenage brother (a Gujjar) made the mistake of crossing the caste boundary by befriending a woman of a high and dominant caste (Mastoi). As a punishment, he was sodomised by a gang of people who were later convicted for the crime by the Court. Mukhtaran herself, according to the minority judgment of the Supreme Court, was gang raped for her brother’s caste crime.

In order to understand the historical caste divisions in Punjab, I would like to refer to a book called Vichhore da Dagh (The burning wound of separation), by Shamsheer Singh Babra, published from Lahore in 2008. Babra, who was a part of the forced migration of 1947, came from a village called Chhotian Glotian, a few miles from Daska, district Sialkot, and was studying in a college at the time of Partition — which he calls the partition of Punjab. He went on to complete his higher studies in India and the US before embarking on a long career as a social scientist with the World Bank. He wrote this fascinating book, which he calls the biography of his village, recollecting all the minute details of life in Chhotian Glotian as he left it in 1947. On page 34 he writes: “People used to recognise each other on the basis of qaum. Qaum and zaat were one and the same thing. It was written in all official records and stamp papers. Qaum Jat, qaum Zamindar, qaum Tarkhan, qaum Khatri, qaum Teli, qaum Mirasi and so on. Religion was not mentioned. At the time of Partition, in 1947, the distribution of people from different religions [in the village] was as follows: Sikhs 52 per cent, Mussalmans 39 per cent, Christians 7 per cent and Hindus 2 per cent. Sikhs had five qaums: Jat, Ramgarhia, Khatri, Suniara and Mehra … . Mussalmans had the most numerous qaums, as many as 13: Jat, Arain, Lohar, Ghumiar, Bar-wale, Mirasi, Teli, Nai, Mochi, Machhi, Syed and Kashmiri. Only two qaums from Hindus lived there: Suniara and Bahman … . Christians were all considered the same qaum. Christians and Hindus did not own any land”.

Further on, on page 54-5, Babra reveals something which explains why all sweepers in Punjab are Christians. He writes: “Sikhs and Mussalmans in the village (like upper caste Hindus) did not allow the Untouchables (Dalits) to enter their folds. These people lived separately in a thathhi outside the village. Their way of worship was Pagan-like, but they followed the Hindu social customs. After the British Raj was established in 1848, [Christian] missionaries spread in the whole of Punjab. Around 1875, all the Untouchables from the village converted to Christianity. However, their lifestyle and social status did not change. They remained second-class citizens as before …” .

“Untouchables were outside the system. Sikhism, Islam and Christianity negated the hierarchy based on caste and kept the doors open for everyone to acquire knowledge. However, society went on following the same old ways. Each caste married within its fold. Hardly any Sikh violated this rule. Caste system was much stronger among Mussalmans. All Sikhs went to the same gurdwara but Mussalmans would only go to pray in the mosque belonging to their own sect. As people started moving from villages to the free environment of cities, and got educated and well-off, some of them changed their castes. Nais would start calling themselves Jats, Lohars became Khatris. It happened the other way round too. Many Rajputs mingled into Jats; some Bahmans got involved in business and became Khatris. Away from home, anybody could make himself anything he liked — who would know! Especially in Canada, the US and England, people [from Punjab] use their changed surnames. There was a famous saying which went like this:

Some Untouchables did convert to Islam and Sikhism despite resistance from powerful groups; however, they ended up being called ‘Musallis’ in the former and ‘Mazhabi Sikhs’ in the latter case and treated as Untouchables.