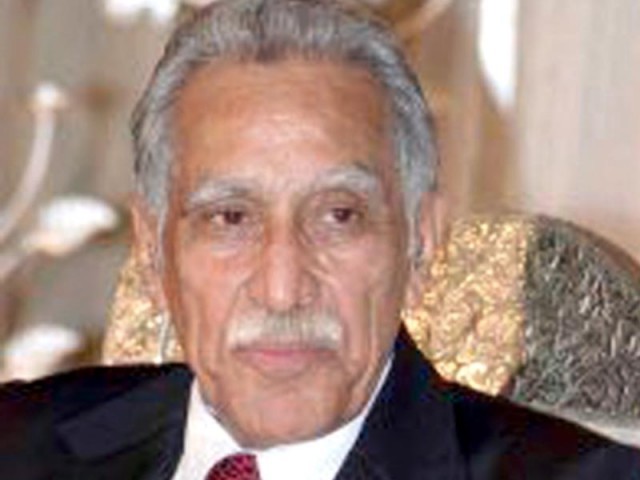 Following his decorated career in the air force, Cecil Chaudhry developed a reputation for his work as an educationist and an outspoken activist. PHOTO: FILE

Decorated war hero, educationist and rights activist Cecil Chaudhry passed away on Friday at the age of 70, Express News reported.

A veteran fighter pilot, Chaudhry was battling lung cancer since 2011 and was put on life support on April 11 as he was in terminal stage of the disease.

Chaudhry was schooled at St Anthony’s High School and is an alumnus of the Forman’s Christian College. He joined the Pakistan Air Force Academy in 1958, where he studied aeronautics and mechanical engineering. It was as a pilot that Chaudhry developed his legacy as national hero for several flight missions including the 1965 and 1971 wars for which he received a Sitara-e-Jurat and Sitara-i-Basalat.

Following his decorated career in the air force, Chaudhry developed a reputation for his work as an educationist and an outspoken activist.

He served as the principal of St Anthony’s High School in Lahore and St Mary’s Academy Lalazar, Rawalpindi.

Correction: An earlier version of the article incorrectly stated that Chaudhry received a Tamgha-e-Jurat, instead of Sitara-i-Basalat. The error has been rectified.