From wantin­g to kill your Farah Khan parent­s, making big moolah to the divorc­ing dramas of the rich and famous.
By News Desk
Published: April 12, 2012
Tweet Email 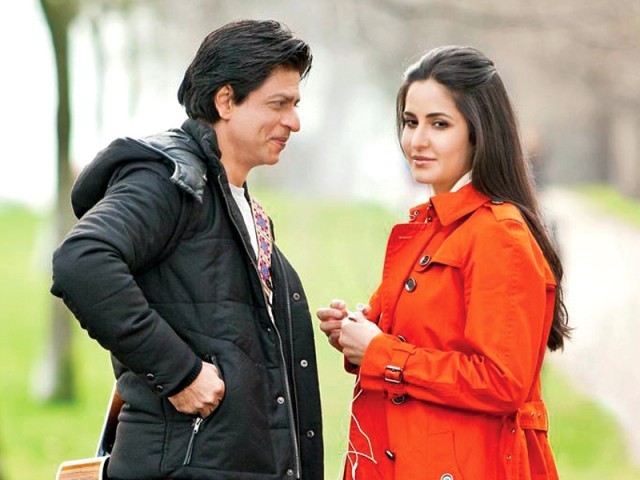 Minaj wanted to ‘kill’ her father

Once you hear this little nugget that appeared on IANS about Minaj’s family history, the profanity in her lyrics, her rainbow coloured hair and her Barbie-inspired outfits will start making so much sense. Minaj recently revealed that her daddy dearest was not only an alcoholic; he was a drug dealer too. He once even tried to burn her family home in New York. During his violent outbursts, he would constantly threaten to kill her mother. Growing up, the singer was so petrified about her mother’s safety that she contemplated killing him just to end the misery.

Although her parents are still together, her father’s actions have left a deep impact on her. Minaj said during a recent interview, “When you see your mother going through that, you think, ‘I’ll never do that when I get older.’ I always put my foot down with men. I’ll let them know, ‘I’m not going to submit to you’.”

For all those people, waiting desperately for another Main Hoon Na to happen, you can forget about it — at least till 2013! Because Shahrukh Khan is too busy with Yash Chopra’s directorial comeback starring Katrina Kaif and Anushka Sharma and is giving his best friend Farah Khan the heave ho for at least a year.

Rumour has it that he’s also indulging his co-star Kaif with designer jackets, bags and even lending him his bodyguards. Farah, it seems you’ve just been replaced as BFF no.1!

Thank goodness for some sleazy, slimy, postnuptial drama on this front. Because we were this close to categorising Heidi and Seal into those annoying couples who split with absolutely no animosity between them. But that’s when Seal stepped up to the game. While Heidi has claimed there is a postnuptial agreement in place that proves there are no joint assets, Seal has made no mention of any agreement and claims that there are some “community and quasi-community assets” involved.

Considering Heidi is worth an estimated $70 million and Seal is reportedly worth around $15 million, Seal may be getting spousal support. He also wants joint custody of their four kids while Heidi only wants him to get visitation rights.

After days and days of negotiating, Simon Cowell has finally received a verbal ‘yes’ from Britney Spears for appearing as a judge on “X factor”. And she hasn’t come cheap — according to The Wrap — the deal was finalised at $15 million. While $13 million is just for sitting next to judges Cowell and record executive LA Reid, the rest is a bonus for performing on the show.

But don’t get your hopes too high yet, she still hasn’t signed the agreement due to the conservatorship she’s under since her breakdown in early 2000s. Although Spears originally asked for $20 million, it’s still a good deal as it is much more than what Aguilera is making to mentor on NBC’s “The Voice” which is $10 million. And it’s definitely much better than what Paula Abdul got paid last season to do “X factor’s” first season — a sorry $2.5 million.

With additional information from Times of India and E!online