After a lifetime of teaching, Happy Home founder passes away

After a lifetime of teaching, Happy Home founder passes away

Maryam Faruqi’s need to learn never stoppe­d after comple­ting her BA, she had decide­d that she wanted to teach.
By Tooba Masood
Published: April 10, 2012
Tweet Email 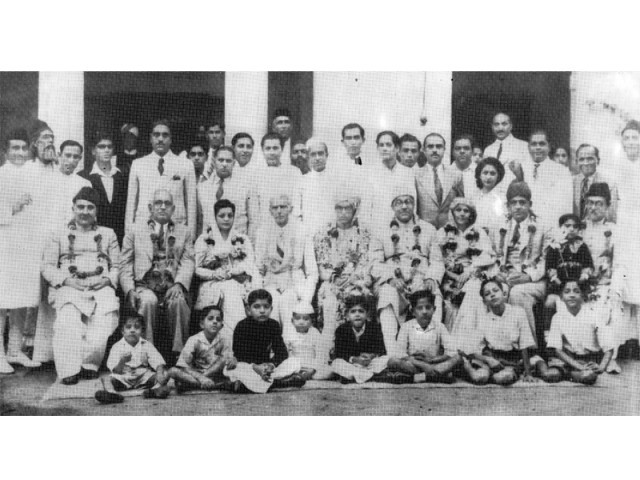 On Monday at 6pm, Karachi lost an educationist, a scholar and a grandmother.

Born in Pune in 1924, Faruqi was the eldest daughter of Sir Ibrahim and Lady Hawabai Haroon Jaffer, a well-known businessman, who also launched an Urdu weekly called ‘Muslim’ in 1912 and established a primary school in Haroon Hall, a building he constructed in memory of his father.

She was very close to her brother, Ahmed, who gave her the nickname Pyarijan, a name still used by her grandchildren.

Maryam received her early education at the Islamia School which is now named after her parents. After she came first in grade six, the headmistress asked her to teach Urdu to grade five. She did her matriculation at the Convent of Jesus and Mary in Pune and acquired the first merit position. She joined the Nauroji Wadia College and was awarded the Moosa Qasim Gold Medal.

She studied Persian at college and did her undergraduate in Urdu and Persian in 1945. When she achieved a first class in her BA, her brother sent her photograph to be printed in Daily Dawn, as the first Memon girl to achieve this. Her need to learn never stopped. After completing her BA, she had decided that she wanted to teach.

Her daughter, Ghazala, who is now the principal of Happy Home School System, recalls that after this photo was printed, her mother received a lot of letters from young men. “My uncle took away the letters written to her by Memon boys in case she wrote back. However, he did let her keep a letter from a man who was not Memon, my father, NH Faruqi.” She added that her mother wrote to Faruqi as he had beautiful penmanship, and the two soon became pen pals. She was impressed by his Urdu and education – he was an income tax officer.

Maryam did not want to marry a Memon, or an uneducated man. Her brother Ahmed understood. He said that since she was educated, her husband had to be educated too. So when Faruqi sent a formal proposal of marriage to Ahmed, he went to meet him in Delhi.

Despite the opposition from the family and community, Maryam and Faruqi were married in Delhi.

After her wedding, her husband opted to move to Pakistan. Maryam worked with Mrs Qazi Issa on the National Guard Movement in preparing young women for emergencies. She also worked with the Women’s Muslim League. She also enrolled for some vocational courses at Mama Parsi Girls Secondary School.

She went ahead and did a Montessori training course and loved it. She persuaded her husband that she would start a small teaching group at home – not more than 20 students in 1949. According to Ghazala, her father was a little embarrassed.

He did not want his wife working from home. However, Maryam continued to put her heart and soul into the group and eventually from 20 the group expanded to 200. After many discussions, Maryam and Faruqi decided that it was time to buy a piece of land and build a school. They bought a plot on Shaheed-e-Millat Road (then Jail road) and established Happy Home School. At first, the parents did not respond in kind, they were angry that the school was nearly a mile away, in the wilderness. However as time went by, more students started to enroll and Maryam had to employ more teachers and add more rooms.

Moeen Faruqi’s earliest memory of his mother is her working at school. He remembers her as being very passionate about education and wanting to excel. He says it was because she was a top student herself. He claims that besides her love for education, his mother was also a very caring person – always going out of the way for family and friends.

His sister, Ghazala, says that hers was a story of determination. “She was from a business family,” she said. “Her brothers were not highly educated and since her family was Memon, they did not believe in educating a girl. My mother told me that she spent every summer crying and begging her parents to let her go back to school when it started.”

A letter from Faruqi’s granddaughter can be read here.

Intra-nomics: Everyone needs to be taxed equally instead of the salaried class, says Ishrat Husain