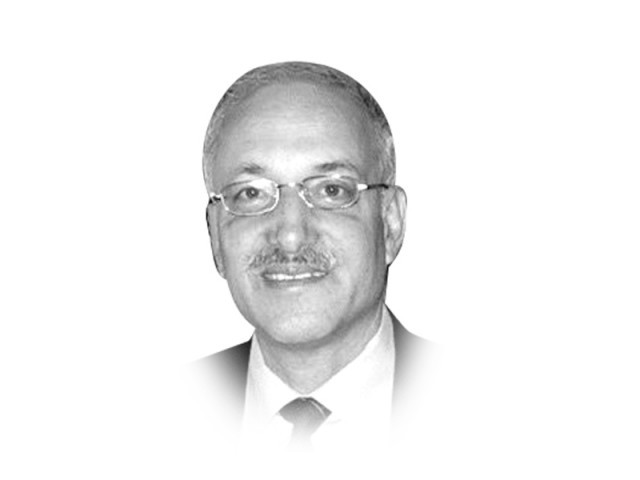 We know who does not! The Foreign Office certainly does not and the civilian governments also do not. Or, if they do, they control those aspects of foreign policy which do not deal with India, the United States and Kashmir. And if you classify nuclear weapons as a foreign policy issue, then once again, the government does not control them. So then, those who do control these crucial issues of foreign policy are the top leadership of the army, the intelligence agencies and pressure groups in Pakistan. There are bits of evidence in interviews, anecdotes and biographies given by people about decision-making in the 1965 War and the 1971 military action in Dhaka, as well as the long-drawn proxy war in Kashmir to prove the above assertions. To cite but one example, Sartaj Aziz tells us in his book Between Dreams and Realities: some Milestones in Pakistan’s History (OUP, 2009) that the disastrous Kargil misadventure was taken by General Pervez Musharraf, who met him before he went to India as foreign minister and again when he returned from there in order to ensure that Aziz does not concede anything like withdrawal of troops from the forward locations in Indian-held areas. In short, the foreign minister of Pakistan went to Delhi to defuse the tension but ‘with his hands tied behind his back’ (as the press put it). Moreover, Musharraf held his briefing with the prime minister about Kargil after the event and not before. And this usurpation of foreign policy is not something unusual. The military high command thinks it is the sole guardian of national interest and, therefore, keeps making policies which diplomats have to defend — always a nightmare for their excellencies in foreign capitals.

But now, it seems we have gone so overboard in inculcating anti-Americanism in our people that even the army cannot fully control foreign policy. The army was not always right about its capacity to control the genie which came out of the bottle. The militant groups it allowed to be unleashed upon India after 1989 might have been tactically controllable. But strategically speaking they had a worldview beyond just Kashmir. They wanted an Islamic government and society as they interpreted Islam and in this they were joined by other ideological visionaries such as the groups of armed warriors one finds in al Qaeda or the Taliban. These are not ultimately controllable by the army which still operates in the familiar world of the nation-state and a postcolonial organisational structure. That is why these groups could not agree with the Musharraf government’s decision to participate in the ‘War on Terror’ in Afghanistan. They turned against Musharraf and the Pakistan Army, which itself is torn between supporting them while also fighting them. But there are two wars in Afpak. First, against the American occupation of Afghanistan; the second against the non-Islamic way of life and polity of Pakistan and Afghanistan. The first is the one which is advertised by our media; the second is ignored. Its significance is not realised, or not commented upon, because of anti-Americanism which is so endemic as to block out Pakistan’s own long-term interests.

The present crisis about the Nato supply line is an example of our public opinion holding us hostage. It is in Pakistan’s interest to renegotiate the deal so as to gain more. But it is not in Pakistan’s interest to create a situation where America decides it has had enough of this country and is pushed into the arms of Pakistan’s rivals or use force to punish Pakistan. If the Americans do not fight us but simply abandon us they will have to pay more to fight this war. While the route through Russia and Central Asia is long and costly, it is possible that America will start relying on it more and more leaving Pakistan high and dry. The only gain for those who are fighting the Americans will be that they will then leave by 2013 instead of 2014 and maybe abandon the idea of making a permanent base in Afghanistan. But then Pakistan would then be sidelined in the peace process and will stand to lose whatever foothold it may have in that country after the American withdrawal. It is possible that the Taliban come to control Afghanistan and they are so beholden to Pakistan for stopping the Nato supplies that they act in a friendly manner later. But that they should do so anyway considering that Pakistan has refused to take military action against many of the anti-American fighting groups of Afghanistan. In any case, it is doubtful that any Afghan government, even the Taliban, will recognise the Durand line or provide that kind of meaningful ‘depth’ for which the Pakistani military have almost bartered away our security.

What we will lose is a lot even without an overt war with the US. The army will lose its constant supply of spare parts and weapons and the money which it needs to absorb the costs of warfare. The government will face even more inflation, power riots and harsher debt burden. Even more alarming is the isolation which we will find ourselves in. And if we do not get bailed out by the world financial institutions, we will have a crisis which no civilian government can endure unless it is a puppet of the military. In short, both the army and the PPP government will probably want to come to terms with the Americans but they are caught in the rhetoric they helped stir up or did not stop effectively. Some say the paralysis is because of the militant threat to kill the members of parliament who vote in favour of the restoration of Nato supplies. In my view, this in itself would not be the biggest hurdle as such threats are always there but not everyone is actually stopped from acting because of them. The biggest misconceived hurdle is that Pakistani public opinion; the opposition or the religious parties or even the Taliban are not as violently against the restoration of Nato supplies as the army and the government are making out to be. So much so that they feel their power to take decisions is seriously curtailed. This is the hole which we have dug out for ourselves.

Zardari’s visit to India and after