Khan rose to the positi­on of a nation­al hero on 28 May, 1998 when Pakist­an conduc­ted its first nuclea­r test.
By Web Desk
Published: April 1, 2012
Tweet Email 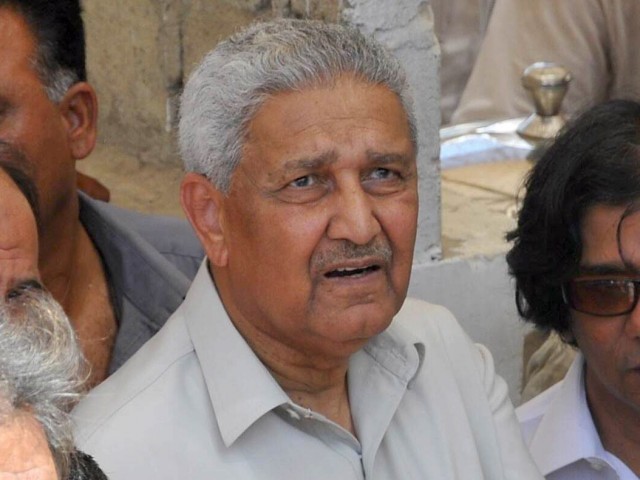 Khan rose to the position of a national hero on 28 May, 1998 when Pakistan conducted its first nuclear test. PHOTO: EXPRESS/ FILE

Hailed in Pakistan as the “father of the atom bomb,” Abdul Qadeer Khan turned 76 years old on Sunday.

Born in India in 1936, the Pakistani scientist had worked for various scientific programmes for the country. He also received Hilal-i-Imtiaz Award and Nishan-e-Imtiaz Award from the government for his scientific services.

He rose to the position of a national hero on 28 May, 1998 when Pakistan conducted its first nuclear test in the Chagai district, in response to India’s Operation Shakti nuclear tests. The five underground tests were however greatly condemned by the international community.

Khan was later accused of nuclear proliferation. In 2003, the International Atomic Energy Agency (IAEA) revealed a nuclear black market with close ties to Pakistan, alleging Khan of being the main player.

Khan had admitted in 2004 that he ran the nuclear black-market selling secrets to Iran, Libya and North Korea. He, however, later retracted his remarks and in 2009 was freed from house arrest.

Even though he was released from five-year house arrest in 2009, he is still considered as a “proliferation risk” by the United States.