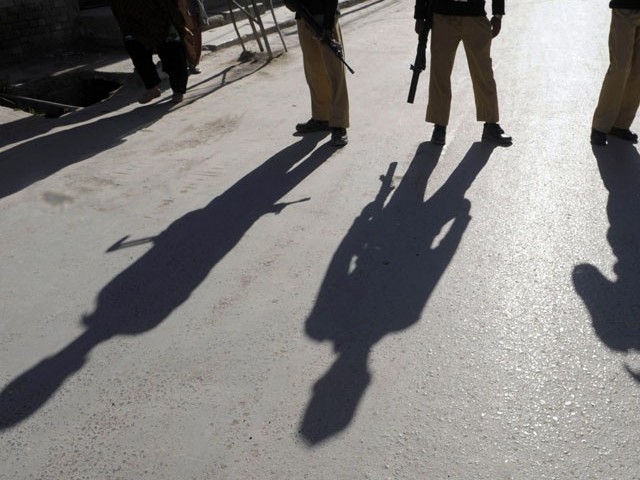 A well known Ahmadi schoolteacher was allegedly tortured to death while in police custody in Rabwah city of Punjab. The Chenab Nagar police has registered a case against two accused police officials.

Master Abdul Qudoos Ahmad, 43, was detained by the police in the first week of February in connection with the murder of Muhammad Yousuf, a stamp-paper seller from the Nusrat Abad area.

“Later, the police released Qudoos and threatened us to hush up the matter. He was admitted to a local hospital where he died due to excessive loss of blood,” said Imtiaz Ahmed, brother-in-law of the slain teacher.

SHO Khadim Hussain of the Chenab Nagar police station told The Express Tribune that they have registered a case against two police sub inspectors, Sujhat Ali and Manazar Ali, under sections 302, 148, 34 of the Pakistan Penal Code.

He, however, maintained that the accused was picked up on March 24 and was released two days after as the police was convinced of his innocence. Hussain claimed that Qudoos might have died of some fatal disease.

Hussain said the body was sent for postmortem examination, adding that if the autopsy proved the cause of death to be torture, action would be taken against the accused.

Spokesperson for the Jamaat-e-Ahmadiyya Pakistan Saleemud Din condemned the incident, terming it “callous and inhuman”.

“The way Master Abdul Qudoos was tortured and brutalised is the lowest form of humanity. The Police should investigate the murder and whoever is involved should be brought to justice,” Din said.

Saleemud Din alleged that the real reason for the teacher’s arrest was to taint the reputation of the local Ahmadiyya administration of Rabwah. “Master Abdul Qudoos was the President of Jamaat-e-Ahmediyya’s local chapter and he was arrested to defame the administration.”

Memogate scandal: Haqqani, Yasin to appear before commission on April 5