Environment and the 18th Amendment

Environment and the 18th Amendment 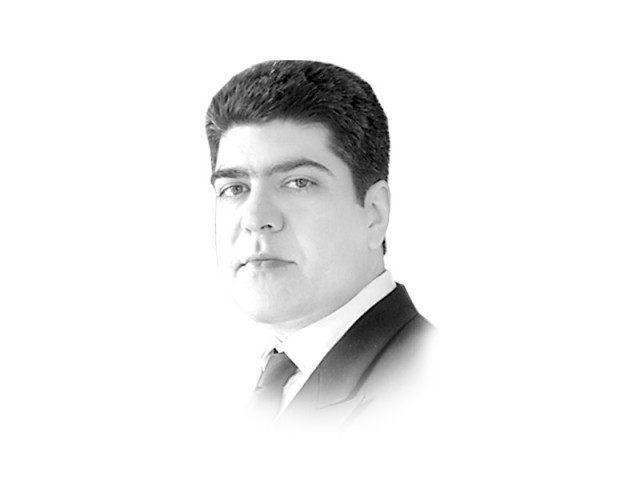 The writer is a lawyer and currently chairman of LESCO. The views expressed in this article are his own

Two recent events bring into focus the importance of the Eighteenth Amendment and the need to develop mechanisms for inter-provincial coordination. These events relate to the most pressing of Pakistan’s existential issues: water and environmental regulation.

The first event is the news that the Indus River System Authority (IRSA) has delayed its assessment of water availability for the upcoming Kharif season. IRSA was established for the purpose of regulating and monitoring the distribution of water resources of the Indus River in accordance with the Water Apportionment Accord of 1992. IRSA’s job is to ensure that the waters of the Indus Basin are allocated to the provinces according to their shares as per the Apportionment Accord. The Kharif season lasts from May to October and refers to the planting, cultivation and harvesting of crops during the monsoon season.

The delay of the IRSA water assessment is being attributed to the slow melting of glaciers and an abnormally long cold wave. On the other hand, there are news reports that there may have been mismanagement on the part of IRSA in allowing the diversion of water for hydropower purposes; something that corresponded to statements from Islamabad saying that there would be no more loadshedding.

Regardless of the reasons for the present uncertainty and probably water-crisis, the fact remains that inter-provincial water management needs strengthening. Article 155 of the Constitution confers on the Council of Common Interests (CCI) jurisdiction to decide complaints from the federal or provincial governments relating to water from any natural source of supply. The second event is the passage, by the Punjab Assembly, of the Punjab Environment Protection (Amendment) Bill, 2011. The Bill makes changes to the Pakistan Environment Protection Act, 1997, and brings the provincial law in line with the devolution under the Eighteenth Amendment. Through the Eighteenth Amendment, some 44 subjects, including environmental pollution and ecology, became the sole legislative domain of the Provincial Assemblies. The federal Ministry of Environment has been dissolved. PEPA remains in force, but changes to it can now only be made by Provincial Assemblies.

The Eighteenth Amendment has also resulted in the creation of a Ministry of Inter-Provincial Coordination which is responsible for the promotion of inter-provincial harmony and trust. The prime minister has also constituted an Inter-Provincial Coordination Committee for general coordination as well as to promote uniformity of approach in the discussion of policy issues that have social, economic or political implications for the whole country and to formulate policies in all fields of common national concern. The Eighteenth Amendment represents rare political accord in Pakistan and it literally transforms the manner in which Pakistan functions now and will in the future. These environmental concerns, although they require greater political ownership, could be excellent drivers of inter-provincial coordination.

Now is the time institutions such as the CCI and the Ministry of Inter-Provincial Coordination be given the capacity to deal with post-Eighteenth Amendment issues. A committee to investigate interprovincial water-sharing concerns could be established and the provincial governments could agree to create a platform to discuss the uniformity (or lack thereof) of NEQS. Not to do so would be to a failure to understand how this country of ours needs to adapt to its future environmental challenges and that the Eighteenth Amendment provides a means to meet such challenges.