Freedom of speech: Vociferous protests against ‘attack on media freedom’

Freedom of speech: Vociferous protests against ‘attack on media freedom’ 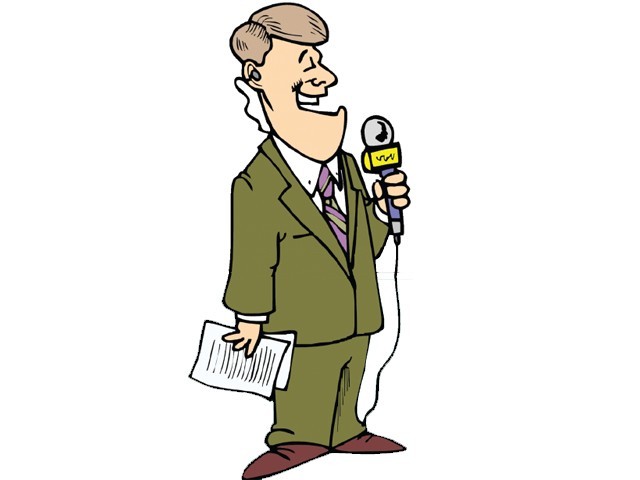 The newsmen claimed that the ANP govt is punishing the newspaper’ for representing the opinion of the Hazarewal.

A privilege motion submitted by a senior minister of Khyber-Pakhtunkhwa (K-P) seeking action against a Hazara-based newspaper sparked protests by journalists across the entire division on Wednesday.

The protests coincided with the day Daily Hazara News’s Chief Editor Ahmed Nawaz Jadoon was summoned to Peshawar to clarify his position on a news item published in the newspaper that questioned the transparency of a number of uplift schemes in the district.

Citing the notice as “an attack on the freedom of the press”, newsmen from different media organisations took out a rally from Shuhada-e-Hazara Chowk to Cantonment Chowk, chanting slogans against senior minister Bashir Bilour, and the incumbent Awani National Party (ANP) government, while carrying placards and banners in favour of their demands.

The journalists claimed that the newspaper was being singled out only because the ANP government is determined to punish its administration for representing the opinion of the Hazarewal, who are in favour of the creation of the Hazara province.

They said that the government had already forfeited the advertisement quota of the newspaper in order to pressurise its administration to change its policy of representing the aspirations of the majority, who are opposed to the anti-Hazara policies of the provincial government.

They vowed to protect the rights of Hazarewal at every cost and threatened to expand their protest across the country if the ANP government did not stop harassing journalists.

The news item, published on February 12, accused Bilour, of disbursing funds worth Rs18 million from the District Development Board for uplift schemes proposed by his blue-eyed men.

The story was based on comments by politicians, including PPP District Mansehra President Advocate Malik Sohrab, during a meeting of K-P of the Pakistan Peopls Party (PPP) K-P held on February 11.

PPP District Mansehra president obtained a stay order from a local court against the disbursement of funds for the schemes approved by Bilour. The case is still reportedly pending.

However, after all Hazara-based newspapers published similar news stories, Bilour submitted a privilege motion in the K-P assembly during its last session, seeking action against Daily Hazara News.

The matter was later referred to the privilege standing committee of the house, whose chairman, Deputy Speaker Khushdil Khan, issued a notice to the administration of the newspaper and sought a clarification on the publication.