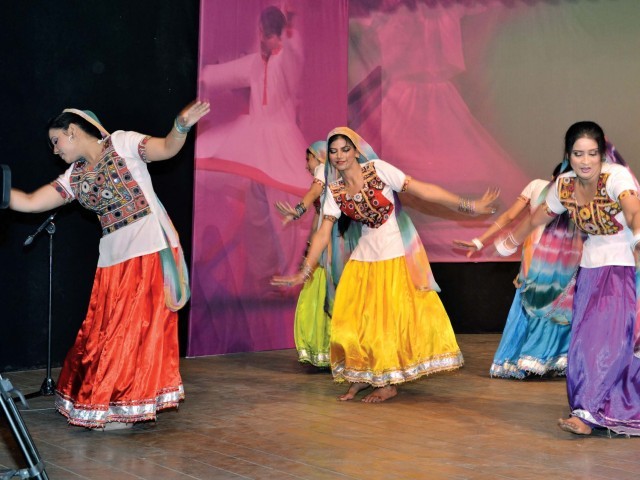 Such festivals can protect culture of the region from globalisation.

FAISALABAD: Sufi poetry recitals and musical events should be held more regularly to promote a soft image of Pakistan.

These belie the portrayal of Pakistan in the global media as a country full of terrorists and religious fanatics.

The festival was organised jointly by the Faisalabad Arts Council and the Pakistan National Council of Arts to ‘promote rural culture and civilisation’.

Muhammad Zia said Sufi teachings should be promoted through such festivals to change foreigners’ perceptions about Paksitan. “We are a peace loving people. Terrorists do not represent this land,” he said.

Sufi poetry recitals and a bhangra dance performance enthralled the audience. They said it was rare for them to attend such festivals in the city.

Ghazala Irfan, a spectator, said the bhangra performed by the NPAG dancers was particularly riveting. She said she liked it because she had wanted to attend Sufis ‘ urs celebrations where such dance and dhol performances were held regularly. But, she added, she had been unable to do that.

Another spectator said such festivals were critical to protecting the culture and civilisation of the region.

Shams Naseer said the FAC should be urged to make such festivals a regular event.

Gulshan Jahan and Afshan Abbas’s singing was applauded by the audience.

Dozens of school children thronged the Faisalabad Arts Council with their parents on Sunday to watch the first-ever puppet show held in the city.

The event was organised jointly by the FAC and the Pakistan National Council of Arts.

Zulfiqar Ali and his team of puppeteers trained from China captivated the children, who were surprised to learn that the characters were puppets, and not humans.

Maheen, 9, said she had watched the dance performance thinking the dancers were humans.“I found out later that they were puppets.  My mother told me about it,” she said.

Adnan, 8, said it was his first experience of watching a live puppet show. He said he had always liked watching puppet shows on television.

Saima, mother of Naseem and Yameen, said she hoped the FAC would continue to arrange puppet shows in the coming days.

Some children said they liked the show but wondered if these served any purpose other than entertainment.

Haider, 12, said he could not tell if there was a message.