Of all the degrad­ation our cultur­al events have had to face over the years, bannin­g of basant is the most damagi­ng.
By Hamid A Rashid
Published: March 14, 2012
Tweet Email 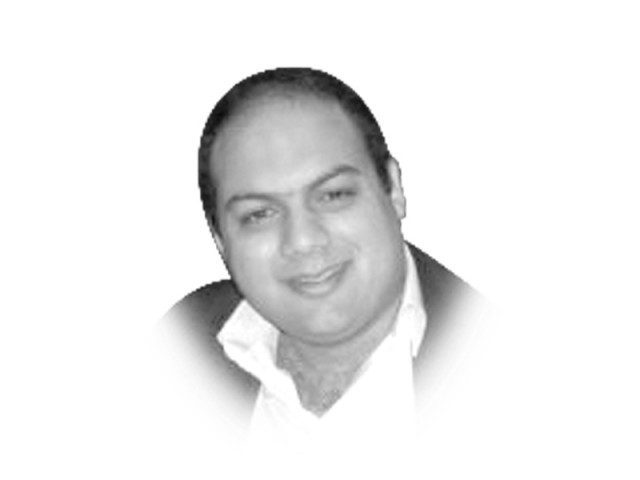 Of all the degradation our cultural events have had to face over the years, the banning of basant is the most damaging. Having spent the last 11 years abroad, I was quite looking forward to celebrating basant after a long hiatus. Unfortunately, the powers that be, in their infinite wisdom, have decided that the event is too dangerous, particularly for the motor cycle and bicycle riding public. While it is difficult to disagree with the logic that illegal dor and stray gunfire can cause death and devastation to motorcycle riders and others, I am stumped as to why this necessitates an outright ban on the festival.

Basant is significant for many reasons, not least that it is a centuries-old cultural tradition of Punjab that cuts across all lines of society, religion, caste and creed. In many ways, the universality of the festival makes it symbolic of the culture of tolerance and diversity that the subcontinent was once known for. The upkeep of this festival is particularly crucial for Pakistan and Lahore specifically. Consider: in a society as polarised and fragmented as ours, the need to focus on events and issues that bind us together is not just important, it is an existential imperative. Since there is no counter-narrative either in the form of media outreach or social events to which the majority of the populace subscribe, the country remains mired in a cycle of conservatism with no credible cultural opposition. And while basant has been banned ostensibly for security reasons, its banning will undoubtedly strengthen the lunatic fringe that considers the festival a Hindu/unIslamic event and our culture as a mere extension of their version of Islam.

This is not the only reason why basant is significant. A large chunk of the ‘Old City’ had come to rely on the ‘kite-flying season’ as their livelihood. The bazaar around Mochi Gate, in particular, used to be littered with kite shops showcasing kites of all sizes and colours. For these local shop owners, the run-up to basant was an economic feeding frenzy that used to sustain them long after the festival had ended. This bazaar and their plight now paints a depressing picture.

As if these are not reasons enough to ensure that proper safeguards are in place for hazard free kite-flying, there is also the wider damage to our almost non-existent tourism industry which needs to be considered. For years, India has been trying to replicate basant in various forms but they have not been successful for one reason: even in a post-Partition subcontinent, Lahore is Punjab’s foremost city and the undisputed home of the festival. The unique kotha’s and haveli’s of Lahore’s old city, coupled with the spirit and character of the andaroon shehr creates atmosphere that is not replicable in any other part of the subcontinent, let alone Pakistan. Indians, particularly from North India know this and not-so-long-ago used to arrive in droves to attend basant in Lahore. With proper marketing and PR, there is no doubt that basant has the potential to become a cultural event that is appealing to tourists across the globe.

It is a crying shame that the Punjab government does not see this glaring reality and instead chose to sacrifice it at the altar of yet another ‘security concern’. Does the government not realise how absurd it sounds when it effectively relinquishes it’s duty to clamp down on illegal dor by capitulating to the very mafia’s that manufacture it? How can any government keep a straight face while tendering this explanation to a taxpaying public? This is equivalent to not taking action against terrorism because it involves too much effort. We are not asking a lot from the government, we are simply asking it to ‘govern’!

Today, we as Pakistanis are battling with ourselves to find common values through which we can engage with one another and by banning basant, we are allowing the issues that tear us apart to take precedence over the events that pull us together. In the battle for common values, the festival is a unique symbol of our culture and one that has almost unanimous support from Lahoris across all strata of society.